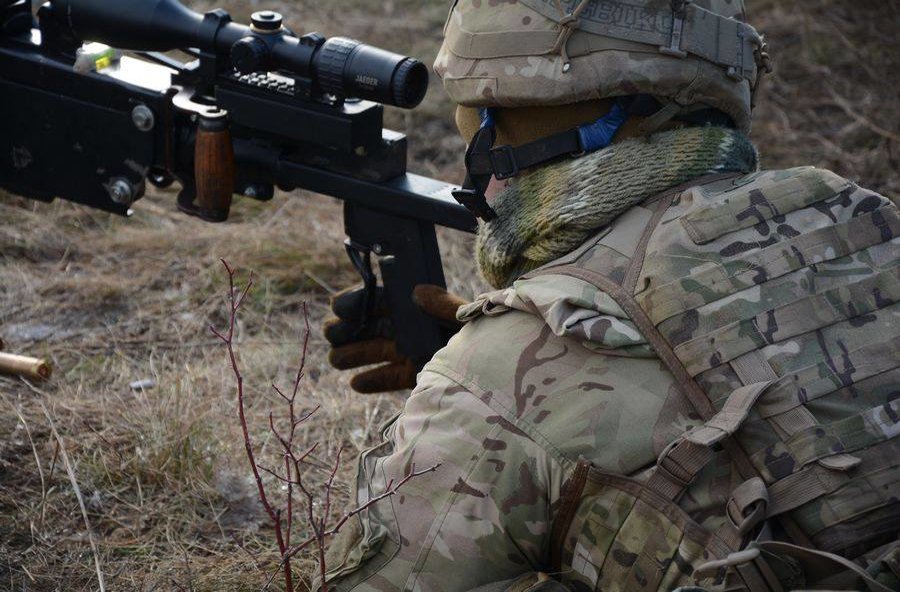 Russia – Ukraine war updates from the war zone in southeast Ukraine as of  December 6, 2017 by ATO HQ operational data and Ministry of Defence spokesman on ATO issues: EMPR highlights.

(1) Russian hybrid forces launched 24 attacks against Ukrainian troops in the war zone in eastern Ukraine over the last 24 hours, including 16 attacks on Luhansk direction and 8 attacks on Donetsk and Mariupol directions; Ukraianian defenders returned fire in 10 cases;

(2) Luhansk direction: Luhanske, Zaytseve and Novoluhanske reported as the hottest spots on this direction; Russian forces fired with forbidden 120-mm mortars and released 11 shells upon Ukrainian positions in Novozvanivka, Katerynivka and Travneve; the enemy also released 10 shells of 120-mm forbidden caliber upon Novoluhanske; to this end, Russian proxies fired with 82-mm caliber mortars in Zaytseve and Luhanske;

(3) Donetsk and Mariupol direction: Russian occupiers actively used grenade launchers and machine guns against Ukrainian troops on these directions; in particular, Russian proxies launched 3 attacks with infantry weapons and mortar launchers and released 60 shells of forbidden 82-mm caliber in Avdiivka and Opytne; the same 82-mm caliber have been used by the Russian occupiers in Vodyane; the enemy’s shelling with APCs and grenade launcgers reported in Bogdanivka;

(4) No lethal casualties as well as no wounded in actions reported among Ukrainian servicemen in the war zone in eastern Ukraine over the past day.