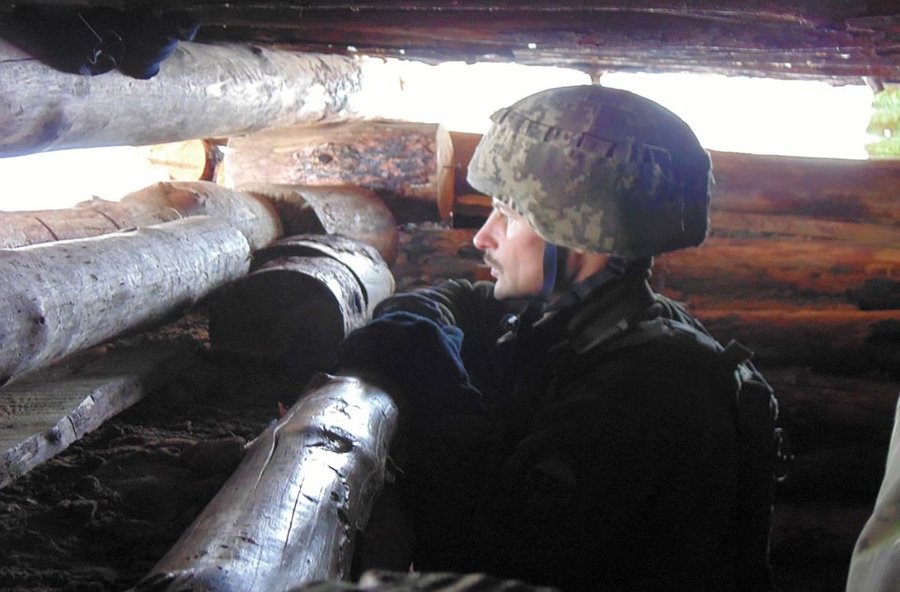 Russia – Ukraine war updates from the war zone in southeast Ukraine as of  December 7, 2017 by ATO HQ operational data and Ministry of Defence spokesman on ATO issues: EMPR highlights.

(1) Russian hybrid forces violated ceasefire regime 27 times in the war zone in eastern Ukraine over the last 24 hour, including 11 times on Luhansk direction and 16 times on Donetsk and Mariupol directions; Ukraianian troops returned fire in 16 cases;

(3) Donetsk and Mariupol direction: Russian occupiers launched 6 attacks in Avdiivka and 4 in Shyrokino with the use of forbidden weaponry; the enemy fired with mortar launchers, APCs and anti-aircraft installations upon Ukrainian troops near Starognativka; Russian proxies launched attacks from tanks and anti-tank missile system upon Ukrainian defenders near Shyrokino; the enemy does not stop shelling with grenade launchers and small arms upon Ukrainian troops in Hnutove and Bogdanivka; Vodyane came under Russian forces mortar fire;

(4) No lethal casualties as well as no wounded in actions reported among Ukrainian servicemen in the war zone in eastern Ukraine over the past day.