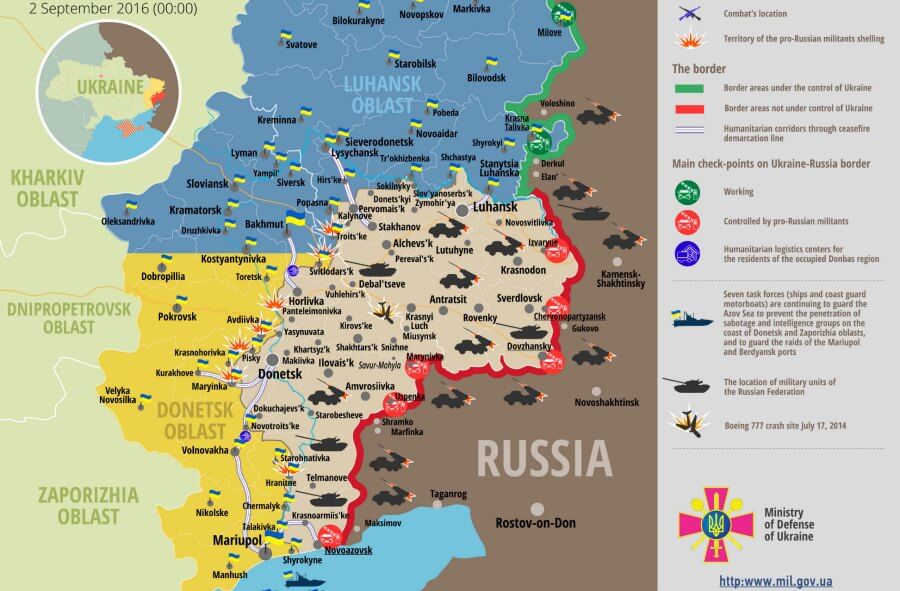 (1) Despite of declared ceasefire regime following the recent Minsk agreements, Russian hybrid attacks in the war zone in eastern Ukraine continues. The enemy opened fire 11 times upon Ukrainian troops positions over the last day, including: 8 times on Donetsk direction and 3 times on Mariupol direction;

(2) Donetsk direction: Russian occupiers fired with easel anti-tank grenade launchers at Troyitske and Nevelske; at the same time, the enemy fired upon Ukrainian troops in Avdiivka with automatic grenade launchers, high caliber machine guns and small arms; Russian forces use small arms during theirs attacks in Luganske and Vetkhnyotoretske;