Home » Russian occupiers deliberately destroyed the Drama Theater in Mariupol, where hundreds of people were hiding

Russian occupiers deliberately destroyed the Drama Theater in Mariupol, where hundreds of people were hiding 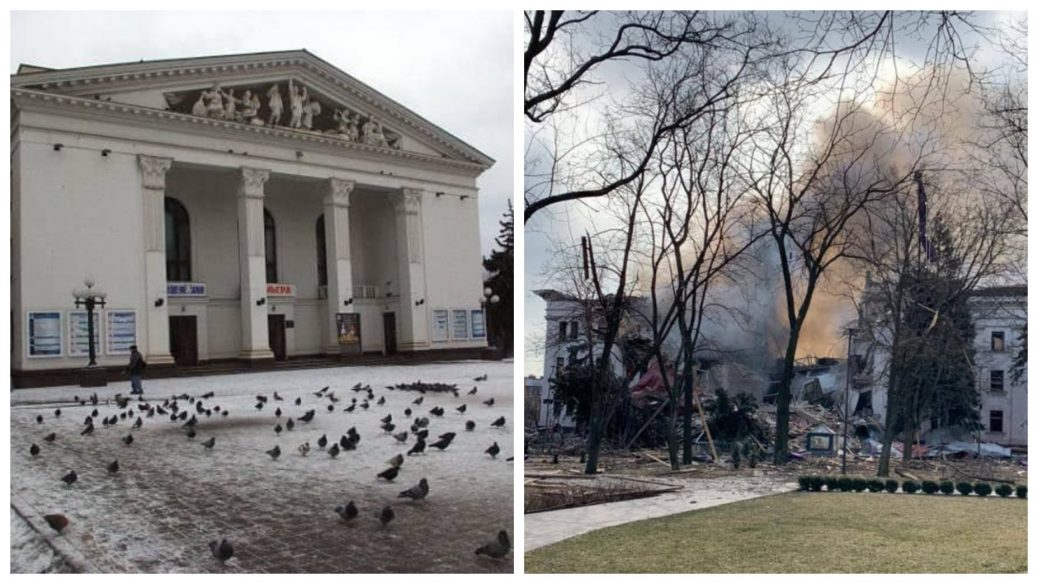 Today, the Russian troops purposefully and cynically destroyed the Drama Theater in the heart of Mariupol. The aircraft bombed the building where hundreds of peaceful Mariupol residents were hiding.

It is not yet possible to assess the scale of this horrific and inhumane act, because bombs are hitting residential buildings in the city.

It is known that the central part of the Drama Theater and the entrance to the bomb shelter in the building were destroyed in the bombing. Information about victims is being clarified.

It is impossible to find words that could describe the level of cruelty and cynicism with which the Russian occupiers are destroying the civilian population of the Ukrainian city by the sea. Women, children, and the elderly are targeted by the enemy. These are completely unarmed peaceful people. It is obvious that the only goal of the Russian army is the genocide of the Ukrainian people.

We mourn every victim and every drop of Ukrainian blood shed as a result of this crazy war. We will never forgive and never forget, no matter how much time passes.