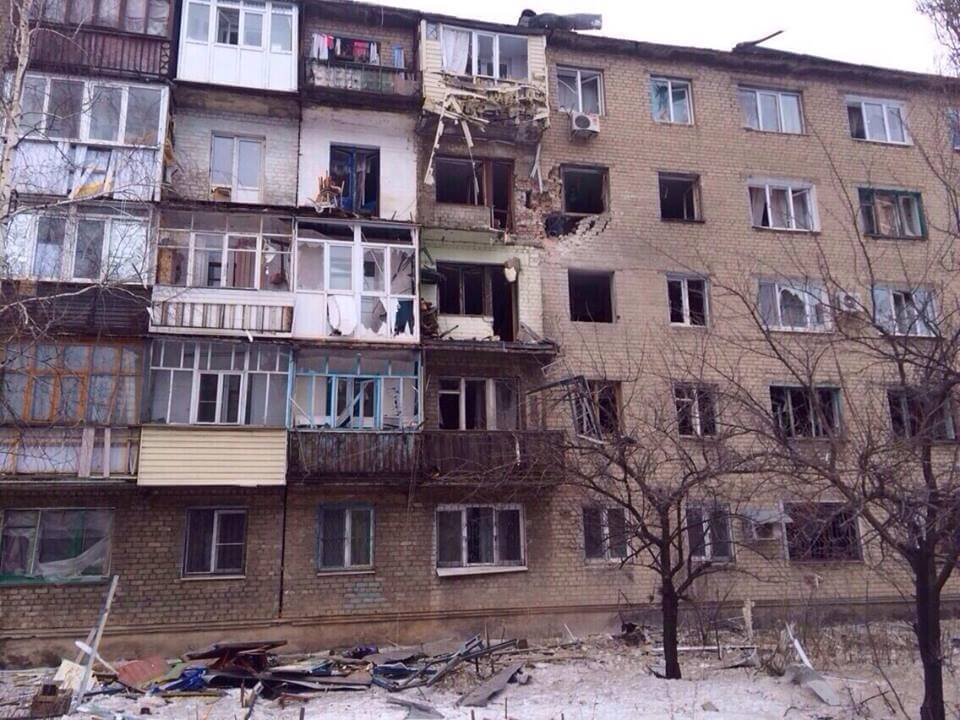 Russian-backed terrorists are pursuing the scorched earth policy, claims ATO news center in its daily morning report quoting cases of increased fire attacks at the localities militants launch in the conflict zone. In the last day terrorists fired 102 times, the report says. This includes both the Ukrainian military positions and localities. Moreover localities did not come under fire occasionally but were targeted purposefully.

Thus, localities of Lugansk region were shelled 10 times in the last 24 hours. Krymske and its outskirts were affected most of all.

This morning, 20 January terrorists shelled Shchastya locality of Lugansk region,  residential building was hit with a shell resulting in casualties.

At least 1 civilian was injured as a shell hit an apartment block in Avdiivka this morning.