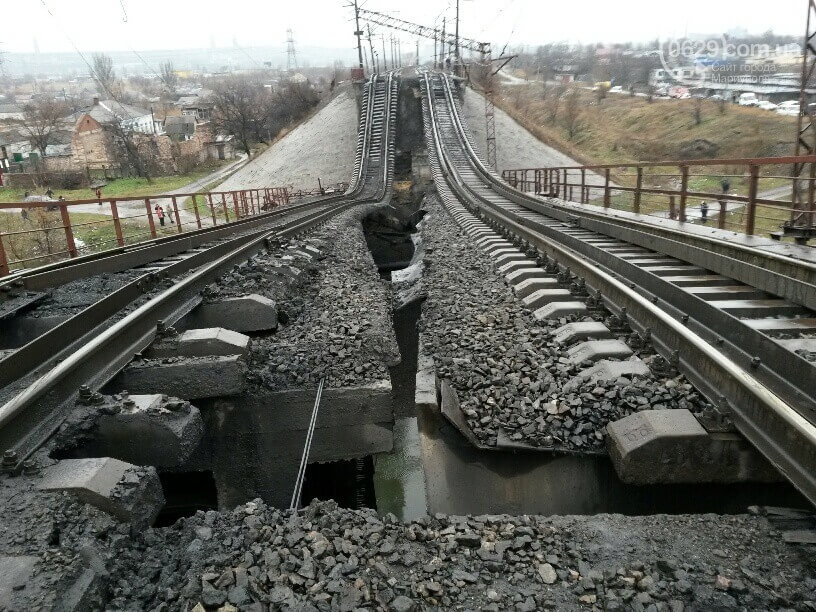 Peaceful south-east city of Mariupol does not sleep tonight.

The city, which is currently under control the Ukrainian armed forces came under fire this night. As witness reports, that around 01:35 a.m. several of huge explosions were heard in the Vostochnyy district of the city. This morning, Ukrainska Pravda prove this fact and reports that railway bridge was undermined by explosions. As result of explosion bridge pillar was damaged. Mariupol Security HQ qualified this accident as terrorist act. Movement of trains in the site and the railway station Sea Commercial Port is suspended. Agency also reports that enemy had a plan to blow up two bridges in Mariupol. Azovstal (local factory) guard was killed last night to prevent one of the terrorist attack.

The fist damaged bridge will be urgently restored, Mariupol City officials say. As soon as pyrotechnic HQ fulfill their tasks on the site, rebuilding will start. Trucks with needed building materials have already been sent to this place.

By such terrorist act, the enemy attempts to destabilize situation in the city of Mariupol.