The Armed Forces of Ukraine struck the enemy on Snake Island 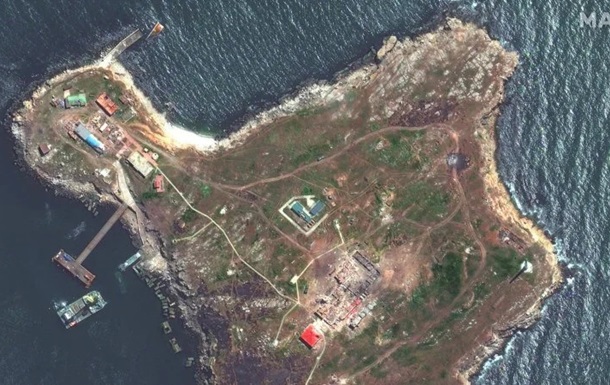 According to the Operation Command South, what the occupiers proudly called the island garrison suffered significant losses after the attack by the Armed Forces.

Important: The Russian Navy is already in a very unpleasant situation, the rules of the game at sea have completely changed, Arestovich

The Operation Command South stressed that the military operation continues and needs information silence until its completion.

However, spokesman of Оdesa military administration Serhiy Bratchuk has been delighted to inform on Telegram that Snake Island does not like the occupiers and its “spirit of Zmiibaivka (from a word Chornobaivka) wakes up.”

Our Armed Forces struck the temporary garrison of the occupiers. Our fighters are working, they are beating the enemy. The spirit of Zmiibaivka flies over the Black Sea. Everything will be Ukraine, he added.

The Armed Forces of Ukraine continue to conduct successful operations against the occupiers in the Black Sea. Following the attack on the offshore drilling rigs, which had been seized by the aggressor, the Armed Forces attacked the Russian garrison on the captured Snake Island.

“Snake Island has suffered a concentrated strike with the use of various forces and methods of destruction, during which what the ruscists proudly called the island garrison is suffering significant losses. The military operation continues and needs information silence until its completion,” the Operational Command South stated.

“The spirit of ‘Zmiibaivka’ Island definitely does not like the occupiers. So our Armed Forces struck the temporary Russian garrison on this island,” spokesman of Оdesa military administration Serhiy Bratchuk said.

“This is a demonstration that we have enough anti-ship missiles to hit not only one, so to speak, cruiser Moskva, but several objects at once,” Andriy Klymenko, head of the Institute for Strategic Black Sea Studies, commented on the success of the Armed Forces.

On the morning of June 20, we struck the occupiers. And already in the afternoon, the enemy launched 14 retaliatory missile strikes on Odesa region.

“So, it hit us where it hurts. I am 200% sure that they strucke back. Because the Russian occupiers did not expect such an attack from Ukraine,” Klymenko said.

Currently, the Ukrainian troops keep full control over any attempt by Russians to replenish supplies on the occupied island.

According to media reports, this was possibly the first use of American HIMARS multiple rocket launchers by the Ukrainian Armed Forces.

The importance of Snake Island

After the sinking of the cruiser Moskva, the Russian Black Sea Fleet has no serious cover from an air attack from the territory of Ukraine. The occupiers tried to deploy long-range air defense systems on Snake Island.

“This would allow them to control the passage to the ports in Odesa region, as well as the Black Sea ports between Crimea and Romania. Besides, control of airspace over Bessarabia would also allow Russian troops to try to land in Bessarabia to make their way to Transnistria and strengthen the garrison there. This is the importance of Snake Island: to prevent the enemy from closing the sky over the south-west of Ukraine,” military expert Oleh Zhdanov said.

Zhdanov says that the enemy, despite the losses, will try again to get to Snake Island and strengthen its garrison there.

“With the acquisition of the Harpoon missile system, we finally took control of the island. We destroyed a tug carrying food and ammunition, rotating personnel and equipment, the Tor system. The Russians will try to break there to reinforce their garrison. But their perseverance in keeping a garrison there and exposing it to such a danger can really turn Snake Island into a new Chornobaivka,” the expert said.

That is, the occupiers remained virtually at a dead end on Snake Island, because they will be afraid to send support troops to the island by sea or air.