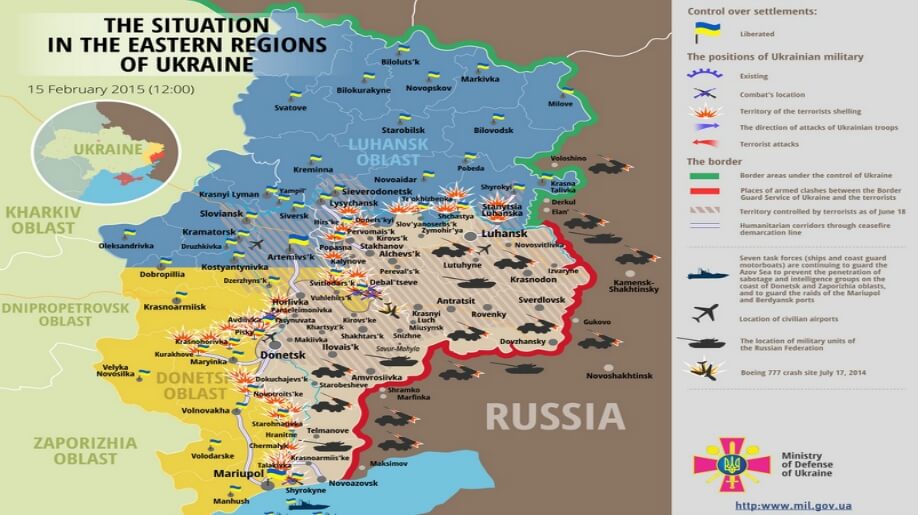 To find out what is going on at the frontline in eastern Ukraine, at the line of defence, what kind of guys are there and what their mood is like, military journalists of a leading information group went to one of the most distant Ukrainian checkpoints, Ministry of Defence informs.

The first thing that catches your eye at the foremost checkpoint of the 20th mechanized battalion, is a large state flag of Ukraine, which proudly flies in the middle of the road. Further on, after all, it is only occupied Ukraine. Our boys have a place of rest and heating. There are considerable reserves of wood, water, food and necessary ammunition.

There are soldiers of all ages; all have a decisive position: “no backtracking.”. By the way, these guys liberated from the occupiers Krasnohirsk and Mariyinka, and their colleagues were taken into captivity, it is already widely known, by a
Russian T-72 tanks.

“Some sites are saying that they are holding us here by force and we want to run away,” says Konstantin, a fighter. “This is an outright and unexpected lie. We have been in the ATO for several months. Of course I want to go home to rest. But for us to abandon our position – never!”

He is supported by his friend and military counterpart Oleh: “We have actually been at this this checkpoint since December,” he says. “All sorts of things have happened. However, we will not surrender our land and will not go.”

That’s what it is like, the principal checkpoint: manned with fearless people, real heroes of Ukraine!