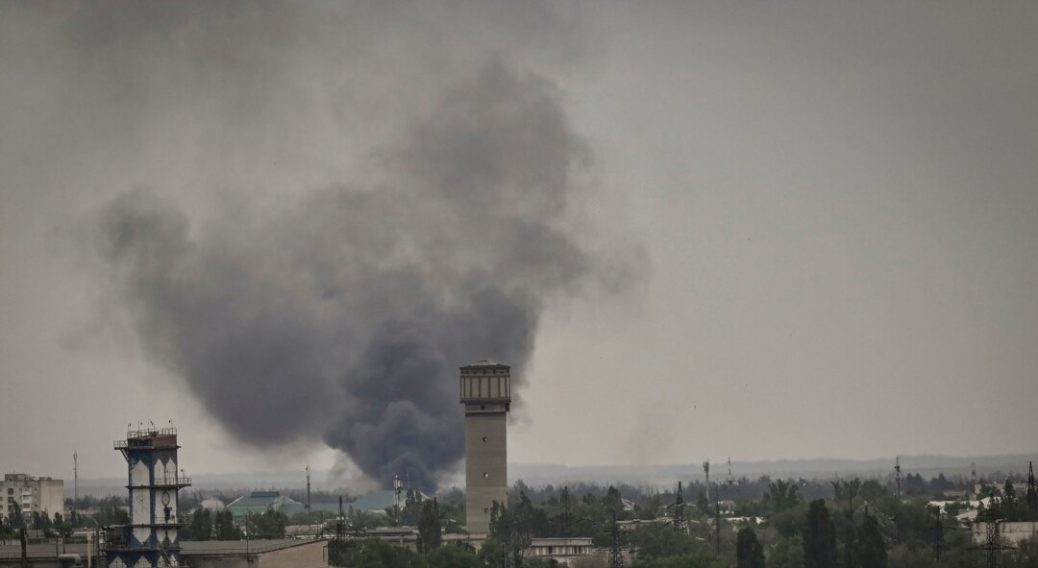 The main strike group of Russian troops in the Donbas is advancing on Bakhmut-Soledar territory. The enemy is trying to expand the breakthrough zone from Popasna, Yuriy Butusov reports.

At the same time, the enemy continues to attack Slovyansk and storm Sievierodonetsk.

The Russians reached the Bakhmut-Lysychansk highway near the villages of Nagirne and Berestove.

At the same time, the occupiers are extending the breakthrough wedge north to Pokrovsky and south of the village of Vrubivka to Lysychansk.

The occupiers are thus trying to seize and encircle Lysychansk and Sievierodonetsk on both sides.

The Russian command is trying to cross the Bakhmut-Lysychansk highway, a convenient border for defense, to attack Siversk and ensure the Sievierodonetsk-Lysychansk encirclement.

At the same time, the enemy is trying to attack Lysychansk from the south and reduce the Ukrainian defenses in ​​the Zolote-Hirske-Toshkivske areas.

The Russian offensive can be stopped only by defeating the Russian strike group in the Bakhmut-Popasna area.

Russian troops also suffer heavy losses, and the enemy is paying a high price for advancing. The Ukrainian infantry bears the main burden and allows Ukrainian firearms, especially artillery, to fight the enemy.

The Ukrainian command defends every meter of Ukrainian land as long as possible, trying to stop the enemy in every direction. It is a battle of attrition; Ukrainian troops remain in control and have high morale and motivation. It is a daily mass feat, and people are doing everything possible despite the lack of weapons and ammunition.

And finally, yes, Severodonetsk is standing. Ukrainian defenders are not ready to give up. They hold positions there.