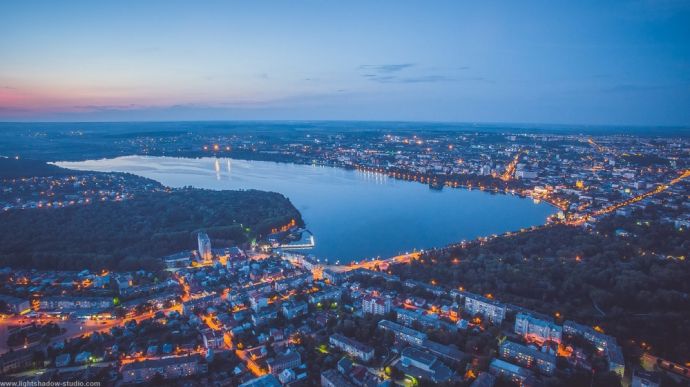 On the evening of April 3, Russian invaders attacked Ternopil for the first time since the beginning of a full-scale invasion.

The enemy struck at the oil depot, Ternopil.Depo reports with reference to “Glavkom”.

The Russians shelled Ternopil at about 10:30 p.m., at a time when air raids were ongoing. There were no injuries in the shelling.

“The Russian troops dropped an enemy object on the territory of the Ternopil oil depot,” the Ternopil Regional Military Administration said.

The State Emergency Service of Ukraine and the National police are working at the scene of the incident.

Later, the Regional Military Administration clarified that the attack was planned on a critical infrastructure facility, but the threat was prevented, but the wreckage still damaged the facility.

During the briefing, the head of the Ternopil Regional State Administration Volodymyr Trush thanked the military, who warned of this fact and neutralized it. However, the wreckage affected a critical infrastructure object. This facility is currently not in a suitable condition to be used. Other information is confidential.

He also noted that the Armed Forces and the State Emergency Service together with the police are documenting this fact and removing the fragments.