The situation in the conflict zone is dynamic and challenging 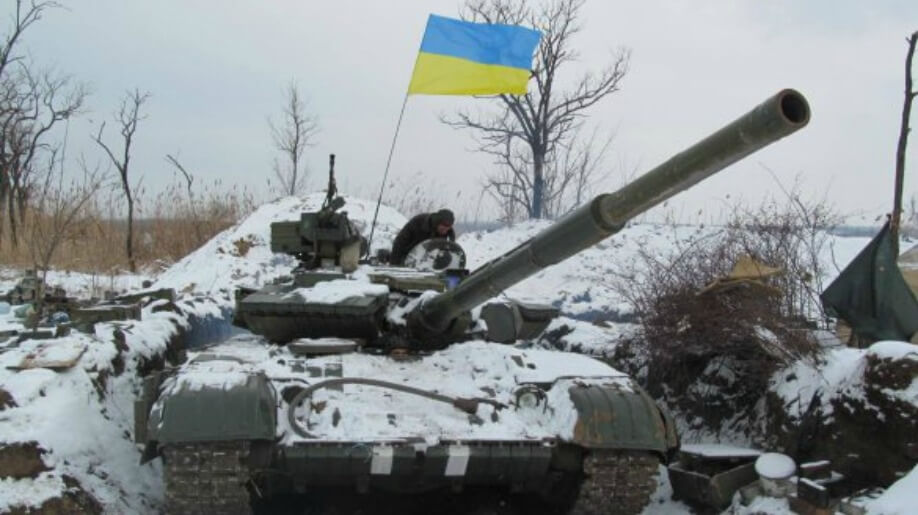 Ministry of Defence informs that the militants have no more than six hours to put pressure on the position of ATO forces. In their motion forwards, the terrorists are stopping at nothing: they are using fire and rocket artillery on the civilian population of Donbass, killing children and the elderly, and are throwing into battle all available forces, regardless of their own huge losses.

Just during the day bandits opened fire 37 times on Debaltseve.

It is not the first day that Ukrainian soldiers are holding a steady defence, with targeted fire destroying enemy equipment, weapons and personnel.

Similarly, ATO forces units – tankers, Marines, National Guard – in the south of Donbass are fighting terrorist groups in the region or Shyrokino – to not allow them to move deep into the territory of Ukraine. The artillery fire of the militants has caused considerable damage in residential areas.

Today the enemy, suffering heavy losses in manpower and technology in the area of Debaltsevo, and meeting a considerable rebuff from our forces, began to resort to new methods of pressure on personnel.

The bandits a few hours before the ceasefire used their last trump card: sending SMS messages, trying to put pressure on the Ukrainian soldiers psychologically.

Our soldiers are ready to continue to give a fitting rebuff to the enemy that is destroying the civilian population.

Please do not respond to provocative statements of terrorists.

We recognize the importance of maintaining our positions and constraining the aggression of the militants along the lines that were fixed by Minsk agreements.