Ukrainian evacuation train was hit by debris during a Russian shelling 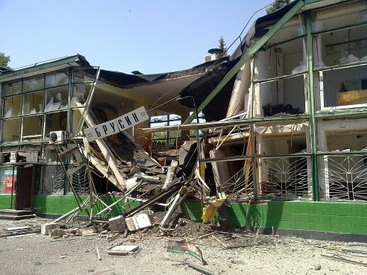 On the night of March 12-13, 2022 near the station of Brusyn in Donetsk region, a passenger evacuation train was hit by debris during Russian shelling.

It was going to the town of Lyman to pick up residents of Luhansk and Donetsk regions, who were in the zone of fierce fighting, and evacuate them.

One of the train conductors was killed; another was injured and taken to Sloviansk Hospital, where she is currently being treated.

This is a terrible blow for those who save civilian Ukrainians every day and have already paved the “way of life” for over 2 million people.

Ukrzaliznytsia is currently making every effort to evacuate the damaged train crew and all the passengers, including about 100 children who were waiting to be rescued at the Lyman railway station.