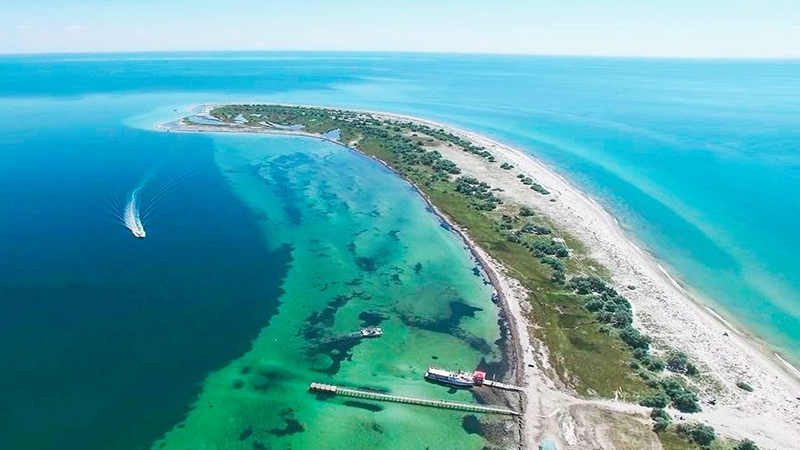 The Russian propaganda suddenly mentioned the Kinburn Peninsula (spit) and started claiming its control over it at the “central news agencies” level.

Furthermore, using Kherson occupiers’ “talking heads” and their “correspondents”, the aggressor began to “pour promises” about the alleged prospects of “capturing the Pervomaisky island”, located between the Spit and Ochakiv, and about “landing party” in Ochakiv.

The main problem with this “threat show” is that the periodic presence of the Russian troops on the spit has not been a secret for two months.

Open sources have already reported crimes committed by the invaders against civilians, including executions, and the occupiers’ losses on the peninsula, including prisoners.

The current “Kinburn activity” of the enemy can be explained by several factors.

The first obvious one is manipulations and misinformation aimed at the Ukrainian military. I am not the one to comment on that.

It is important for the propaganda and occupiers that the stolen Kherson grain goes to “colleagues and friends” in the southern countries not through the Crimea but directly.

That is why the Kremlin could have “stomped its feet” and started “an intense outreach effort”.

The third factor might be that Mr. Kiriyenko returned to Russia from occupied Kherson alive. But they say two Russian generals, including one of the special services, who was to be responsible for the fake September “referendum”, were probably deprived of such happiness tonight.

Therefore, the aggressor in his best tradition transforms “illness into advantage” and begins to talk wildly about all sorts of “troubles” of the Ukrainian army before the network begins mocking the roasted general’s hambone.