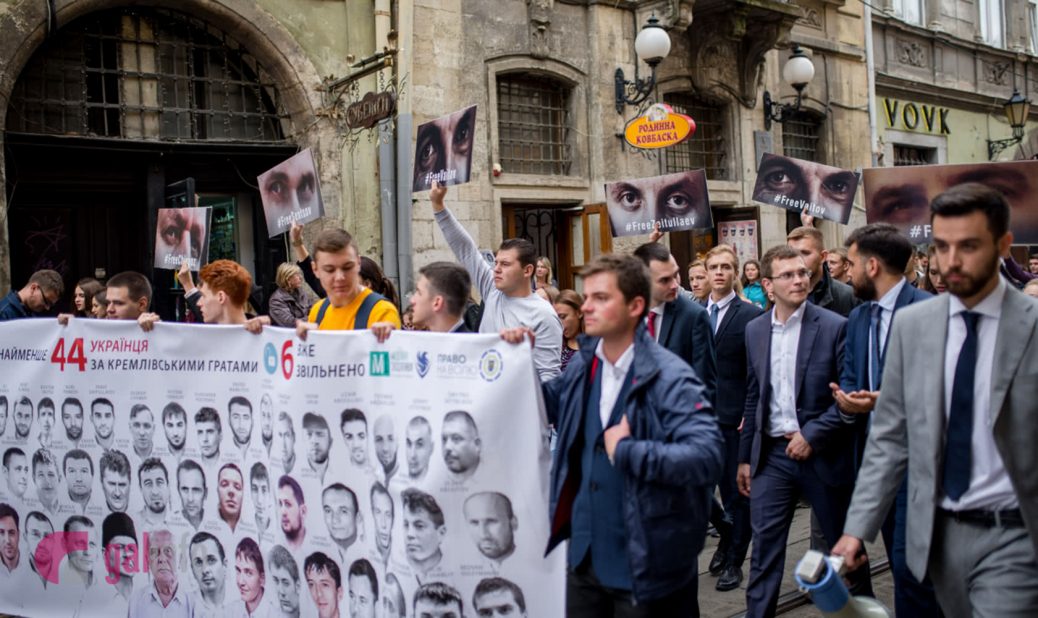 According to human rights activists, out of 86 people illegally imprisoned as a result of political motivation and / or religious persecution, 34 received sentences. Some were convoyed to Crimean and Russian colonies. Others are currently in detention centers.

Among the detainees, there are nine groups detained in the “Crimean Muslim case” (the case of Hizb ut-Tahrir). One detainee is held in the “case of the Sentsov group”, two are prosecuted for participation in the Maidan, 11 – in the “case of Ukrainian saboteurs”.

Earlier, Human Rights Ombudsman Lyudmila Denisova said that Russia keeps in custody 110 Ukrainian citizens on its territory and in the annexed Crimea.

The Security Service of Ukraine states thatmilitants illegally detain 227 Ukrainians in the temporarily occupied territories of Donetsk and Luhansk regions.