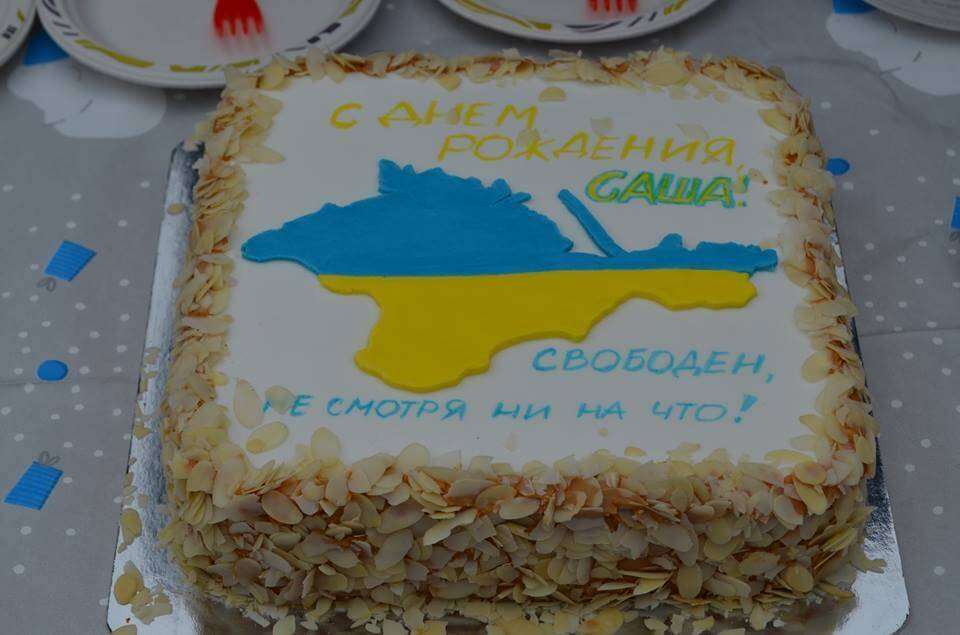 On 26 November, Activists and friends of Crimean resident Oleksandr Kolchenko celebrated his 25th birthday near Ukraine’s MFA in Kyiv. They brought a cake depicting Crimea in Ukrainian national colours, balloons and leaflets.