Home » Crimean bridge put seaports on the brink of survival

Crimean bridge put seaports on the brink of survival 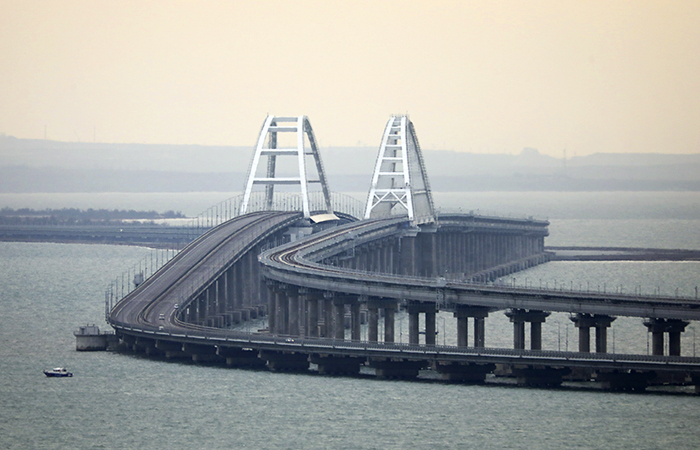 The once prosperous Crimean seaports are on the brink of survival, or probably even past this brink.

This disastrous situation has been caused by Putin’s “epoch-making construction” – a bridge across the Kerch Strait. According to the Information Resistance, these are the arguments provided by the so-called “head” of the Crimea, Sergei Aksenov, in his petitions to the Kremlin.

As follows from Aksenov’s letter to Deputy Prime Minister of the Russian Federation Marat Khusnullin, the situation around the Crimean seaports has become deplorable during the Russian occupation.

In particular, as of April 1, 2020, the amount of money needed for the so-called State Unitary Enterprise “Crimean Seaports” to cover accumulated obligations, including wage payments, is 818.3 million roubles while the expected cash inflow in April is estimated at only 45 million roubles.

When requesting Moscow to provide money from reserve funds, Aksenov refers to a “Roadmap for the reorganization of the State Unitary Enterprise “Crimean Sea Ports”, which was adopted in 2019.

However, considering the situation in which Crimean ports have found themselves over the period of occupation, we can conclude that the Kremlin is in no hurry to improve anything.