Home » Does Turkey help Russia with looted grain from Ukraine?

Does Turkey help Russia with looted grain from Ukraine? 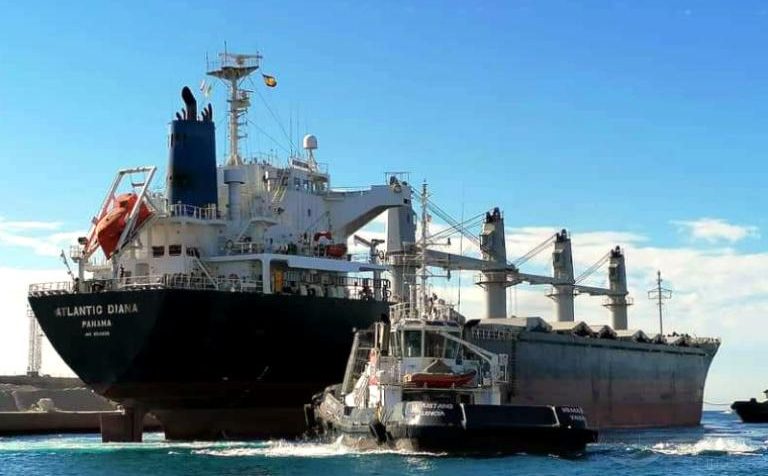 Russian bulk carrier “Mikhail Nenashev” headed to the port of Iskenderun in Turkey after loading at the Avlita grain terminal in Russian-occupied Sevastopol.

This was reported in the publication of the SeaKrime project on the portal “Peacemaker”, Ports of Ukraine.

“Mikhail Nenashev” is leaving Sevastopol for Turkey with grain for the second time. In April, SeaKrime journalists recorded a Sevastopol-Derince voyage,” the publication said.

“Mikhail Nenashev” entered the Black Sea on May 21 after an unsuccessful attempt to deliver 27 thousand tons of wheat to Egypt. Following the refusal of the Egyptian side to accept this grain, the ship was unloaded with the AIS off, probably in the port of Latakia in Syria.

On May 22, the captain of the “Mikhail Nenashev” vessel turned off the AIS and headed for Sevastopol. On the night between May 22nd and 23rd, the ship entered Sevastopol Bay and moored near the grain terminal of the Avlita stevedoring company (“Aval” in Russian registers). On the night between May 25th and 26th, “Mikhail Nenashev” left occupied Sevastopol; the ship’s AIS was activated in the morning. The vessel had the ‘loaded’ status, the port of destination was Iskenderun (Turkey).

“So, there is an attempt to deliver grain from occupied Sevastopol to the Turkish port of Iskenderun. This is done again by a ship owned by Crane Marine Contractor, which is part of the United Shipbuilding Corporation,” SeaKrime stated.

It is reported that this is not the first voyage of the “Mikhail Nenashev” vessel to a Turkish port. In April, 27.5 thousand tons of wheat were delivered from occupied Sevastopol to the port of Derince in the Marmara Sea.

The cargo on the “Mikhail Nenashev” vessel is considered smuggled because its movement across the State Border of Ukraine in the port of Sevastopol is not registered in accordance with the law by the Border Guard and Ukraine Customs service.

In addition, the Syrian ship Finikia (flag – Syria) is currently unloading grain from occupied Sevastopol in the port of Iskenderun. And the vessels “Nadezhda”, “Vera”, and “Sormovsky-48” regularly deliver grain from Kerch and Sevastopol to the Turkish port of Samsun.

“The Republic of Turkey commits mass violations of its own Circular №635 / 2017 of the Chamber of Commerce and Industry, which prohibits maritime trade with the occupied Crimea,” SeaKrime stressed.