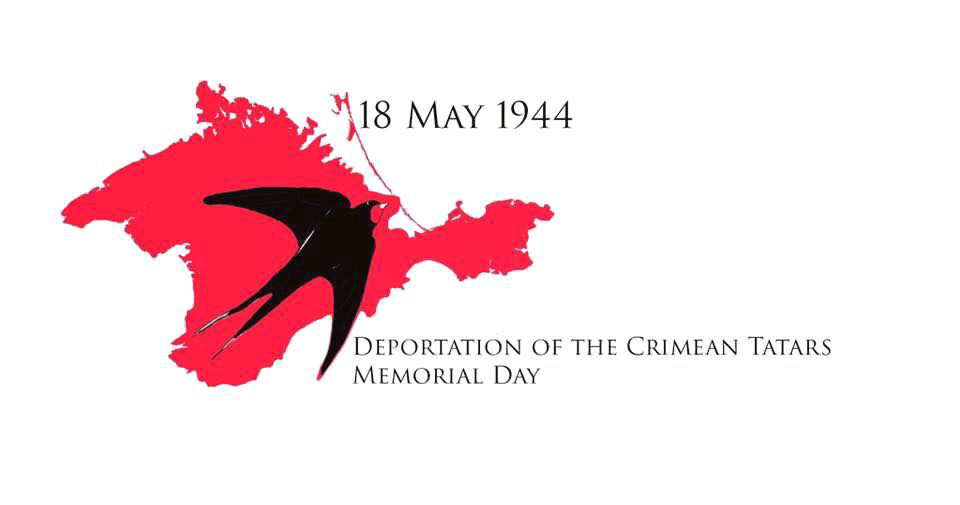 In the morning of 18 May 1944, operation on Crimean people deportation to Uzbekistan and adjacent areas of Kazakhstan and Tajikistan has begun. Small groups were sent to the Mari ASSR (Mari Autonomous Soviet Socialist Republic), to the Urals, to the Kostroma region.

A total of 228.543 people has been deported from Crimea, 191.014 of them were Crimean Tatars (more than 47 thousand families) (not including those who fought in the lines and had been sent to special settlements after demobilization in 1945). The telegram from 20/05/1944 NKVD (People’s Commissariat of Internal Affairs) to Stalin stated that 183.155 persons were evicted.

According to official data 191 people died on the road.

Every third adult Crimean Tatar had to give a written undertaking that she has familiarized himself with the decision, and that for escaping from the place of special settlements she faced the period of 20 years of hard labor as a criminal offense.

A significant number of displaced persons, exhausted after three years of life under occupation, died in the places of deportation from hunger and disease during 1944-45. Estimated numbers of people killed in this period are very different: from 15-25% as estimated by various Soviet authorities to 46% estimated by Crimean Tatar movement activists, who gathered information about the victims in the 1960s.

For 12 years, until 1956 Crimean Tatars had the status of special settlers, that implied various limitations of their rights, in particular the prohibition of unauthorized (without the written permission of the special settlement) border crossing of special settlement and criminal penalties for its violation. There were numerous cases of people being sentenced to long-term (25 years) restraint in camps for visiting relatives in neighboring villages, the territory of which belonged to another special settlement.

Unlike some other deported peoples who returned to their homeland in the late 1950s, Crimean Tatars were deprived of this right formally till 1974, but in reality — till 1989. The massive return of people to the Crimea began only at the end of “perestroika” in 1989.