Home » Kangaroo court in Crimea goes on: only pressure on Russia can save Ukrainian activist Bekirov

Kangaroo court in Crimea goes on: only pressure on Russia can save Ukrainian activist Bekirov 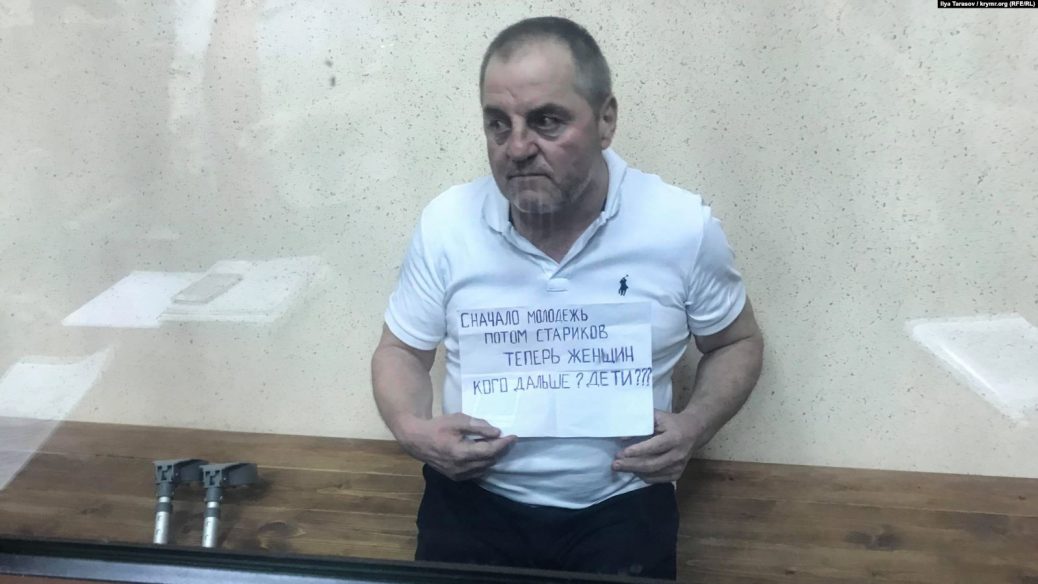 The Verkhovna Rada Human Rights Ombudsperson Liudmyla Denysova believes that a decision of August 8 to extend the arrest of the Crimean Tatar activist Edem Bekirov in the annexed Crimea is a kangaroo court.

“The kangaroo court of the occupation Crimean authorities over a Ukrainian citizen does not end. Today, the “Supreme Court of the Republic of Crimea” again extended Edem Bekirov’s preventive measure in the form of detention until October 11,” wrote Denysova.

She pointed out that the court had not taken into account the documents submitted by Bekirov’s defense on changing the preventive measure to house arrest.

“Detention is insistently extended without providing the seriously ill person with adequate medical care and without allowing independent doctors. Only the international community’s pressure on Russia can save the life of our citizen,” noted the Ukrainian Ombudsperson.

On August 8, the Crimean Supreme Court extended the term of detention of the Crimean Tatar activist Edem Bekirov in the pre-trial detention center until October 11, 2019.

Earlier, on June 11, the European Court of Human Rights adjudicated on the case of the Crimean Tatar activist Edem Bekirov, accused in Crimea of ​​illegal possession of ammunition and explosives. In particular, the court decided to urgently send him to hospital.

Investigators of the Crimean Directorate of the Russian FSB, despite the decision of the European Court of Human Rights (ECHR), refuse to hospitalize the Crimean Tatar activist.

The Case of Edem Bekirov

Edem Bekirov, a resident of the village of Novoalekseevka in Kherson region, was detained by Russian security forces at the entrance to Crimea on the morning of December 12, 2018. It is known that he was heading to Crimea to visit his 78-year-old mother and relatives. The Kremlin-controlled Kyiv district court of Simferopol arrested Bekirov.

Lawyer Aleksey Ladin said that Bekirov was suspected of committing a crime under articles 222 part 2 and 222.1 part 2 of the Criminal Code of Russia (storage and transfer of explosives and ammunition). Lawyer Lilya Gemedzhi noted that the activist is charged with distributinng and transporting more than 10 kilograms of TNT and 190 live ammunition. Bekirov has repeatedly declared his innocence.