Home NEWS OCCUPIED CRIMEA Never to give back Crimea: Russia explains why they are changing the constitution

Never to give back Crimea: Russia explains why they are changing the constitution 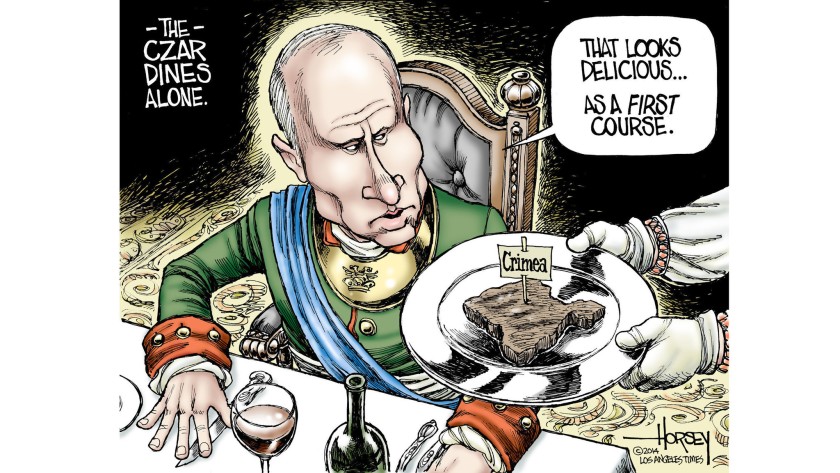 It is necessary to make an amendment to Russia’s constitution on protecting the country’s integrity so that any draft laws related to the return of Crimea to Ukraine become unconstitutional.

This was stated by the co-chair of the working group to draft proposals on amending the constitution and chair of the Federation Council committee on constitutional law and state building Andrei Klishas in an interview with RBC.

“This is written so that no one can seriously amend the legislation under which Crimea is transferred to Ukraine. This is done so that no public authority, including the president or parliament or government, can seriously negotiate, for example, on returning Crimea to Ukraine “.

Klishas said that if the amendment is adopted, diplomats will not be able to negotiate with other countries on the transfer of land, as “it will be a constitutional ban.”

Voting on amendments to the Basic Law of the Russian Federation is scheduled for July 1.

For reference: The current Criminal Code of the Russian Federation includes Art. 280.1, which prohibits “public calls for taking actions aimed at violating the territorial integrity of the Russian Federation.” This article provides for a maximum penalty of up to 4 years in prison with deprivation of the right to hold certain positions or engage in certain activities for the same period.

The same actions involving mass media and the Internet will result in up to 5 years of imprisonment with deprivation of the right to hold certain positions or engage in certain activities for up to 3 years.

We will remind you that Russia annexed the Ukrainian peninsula of Crimea in March 2014 under the guise of an illegal “referendum.” The Kremlin denies annexation of the peninsula. International organizations have declared the annexation of Crimea illegal and condemned Russia’s actions. Western countries have imposed economic sanctions on it.