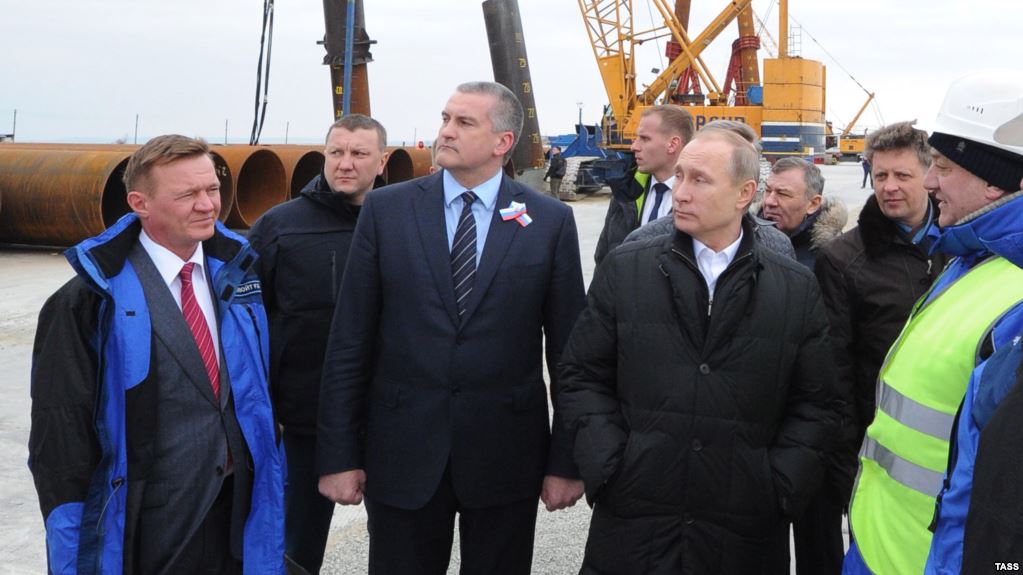 Sergey Aksenov, head of the Crimea occupational government, said that Russian President Vladimir Putin had personally guided the seizure of the peninsula.

Aksenov said this during the festivities dedicated to the 5th anniversary of Crimea annexation. According to him, Crimea became a “part of the Russian Federation” thanks to the courage of its inhabitants and personally Putin.

“I am sure that all this happened, of course, thanks to the will of the Crimeans, the courage of the Crimeans, those who made their historic choice in 2014, with the support of all citizens of the Russian Federation, with the support of all the authorities of the Russian Federation – legislative, executive – and, of course, under the leadership of our president, our leader Vladimir Vladimirovich Putin,” said Aksenov.

“We were tackling an issue of civilization choice. We wanted to be together with our historic homeland, Russia. We did not set any conditions and did not require anything. But we would not have succeeded if our President Vladimir Vladimirovich Putin had not personally led this operation and had not personally taken the decisions which determined the fate of the people in Crimea and Sevastopol. The president’s decisions saved our lives,” said the “head ”of Crimea.

“In fact, it was a unique operation. Everything happened so quickly, boldly and brazenly, that our opponents had no time to recover,” he added.