Russia has conducted combat exercises in the occupied Crimea 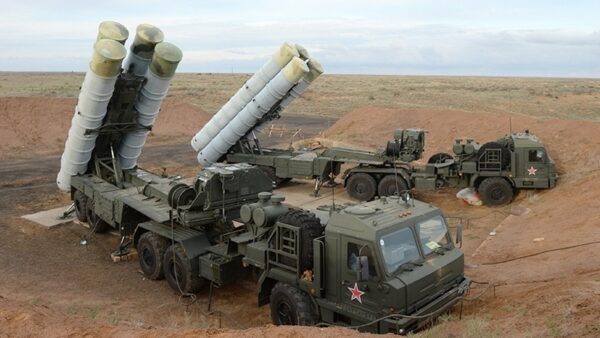 The Russian Federation has conducted exercises to destroy cruise missiles of the mock enemy in the temporarily occupied Crimea.

This was  reported by the Ministry of Defense of the aggressor state.

“The combat crews of the S-400 Triumph anti-aircraft missile systems and the Pantsir anti-aircraft missile and cannon systems from the Air Force and Air Defence Forces of the Southern Military District conducted a planned exercise to find, escort and destroy the mock enemy’s cruise missiles,” the statement on the website of the Defense Ministry reads.

According to the statement, “the air targets of the mock enemy were electronically modeled with different parameters of flight speed and altitude.”

The military of the occupying power stated that they had successfully completed their assigned tasks and emphasized the high level of personnel training, as well as the capabilities of radar systems, advanced target tracking functions and the versatility of their destruction with combined missile and cannon weapons.

It should be reminded that the Russian Federation has announced new  talks between the president of Russia Vladimir Putin and the American leader Joe Biden. They will talk, in particular, about Ukraine.