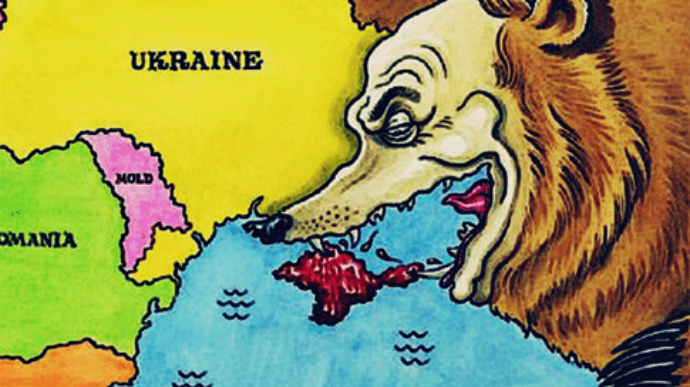 Russia introduced limitations on flights above the part of the occupied Crimea and the Black sea from April 20 to April 24- NOTAM.

Source: Russian Interfax with the reference to international communication for pilots (NOTAM)

Quote: “The territory is temporarily announced as high risk for air flights”.

In details: According to coordinates, air flights limited zone up to 19,000 meters includes air space above the southern part of the occupied Crimea (from Sevastopol to Feodosia) adjoining to South shore of Crimea territory waters and also above the part of the international waters of the Black sea

Background: Russia has informed that from April 24 to October 31 “the right of innocent passage through the territorial waters of Russia Federation for foreign military sea fleet and another state fleet in certain regions of the Black sea is terminated”.

As stated in the communication bulletin issued by the Administration center of marine resources and oceanography of the Russian Ministry of Defence on April 14th, it concerns the territory waters alongside South shore of Crimea (from Sevastopol to Gurzuf), district nearby Kerch peninsula shores, and sea part west from the occupied Crimea.