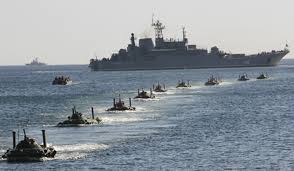 Russia now does not need the mandatory legal confirmation of its dominance in the Black Sea. It is enough for the occupiers of Crimea to make others feel cramped in these waters.

It was admitted by Olen Snigyr, leading specialist in Centre for International Studies in Hennadiy Udovenko Diplomatic Academy of Ukraine, Ph.D in Political Science.

Their experience multiplied by impunity, allows Moscow to descend to any means of influence and use all available tools for achieving their goal in the waters of the Black and Azov Seas – from the military and infrastructural influence operations that we have seen before to the latest non-military actions, such as GPS/GNSS spoofing and “isolation” of the Black Sea water areas under the pretext of military exercises.

According to Olena Snigyr, there is a risk that the world will get used to such a presence of the Russian Federation in the Black Sea and recognize “the special historical interest of Russia” in these waters.

“This is Moscow’s far-sighted expectation. Whether it will be met depends on many factors, and above all on the policies and actions of the coastal Black Sea states and their allies,” the expert emphasizes.