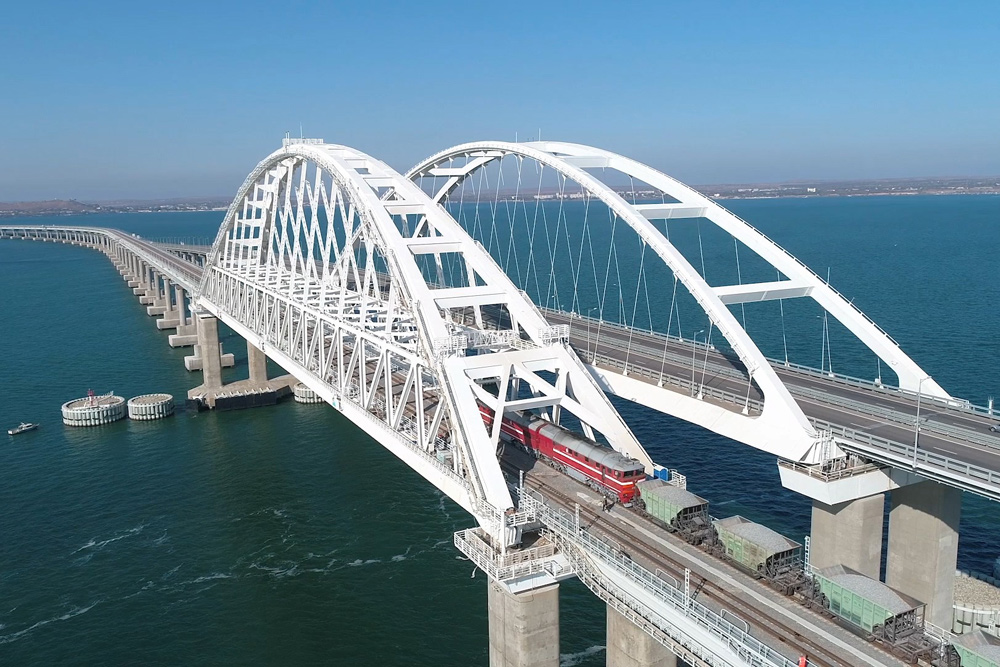 This became the last powerful infrastructural step in turning the peninsula into a springboard for Russian aggression and imperial militarism.

It should be reminded that the full-scale provision of the Russian army and navy with nuclear weapons and their maintenance is carried out mainly by railway transport.

Thus the aggressor has also considerably strengthened its capacity to maneuver its troops using the railway transport.

Besides, the military capabilities of the enemy are significantly enhanced by the highway opened today in the Kerch-Bilogirsk section.

I have more than once referred to technical and ecological risks posed by such operation of the object.

The risk of accidents in conditions of significant loads on the bridge structure is so high that the Russians, with the help of their own prosecutor’s office, have shifted the possible responsibility for the consequences onto the Crimean collaborators.

Of course, discussing the prospects of the bridge on social media will not protect us against the security risks posed by it.

We need something different to protect us against these risks.