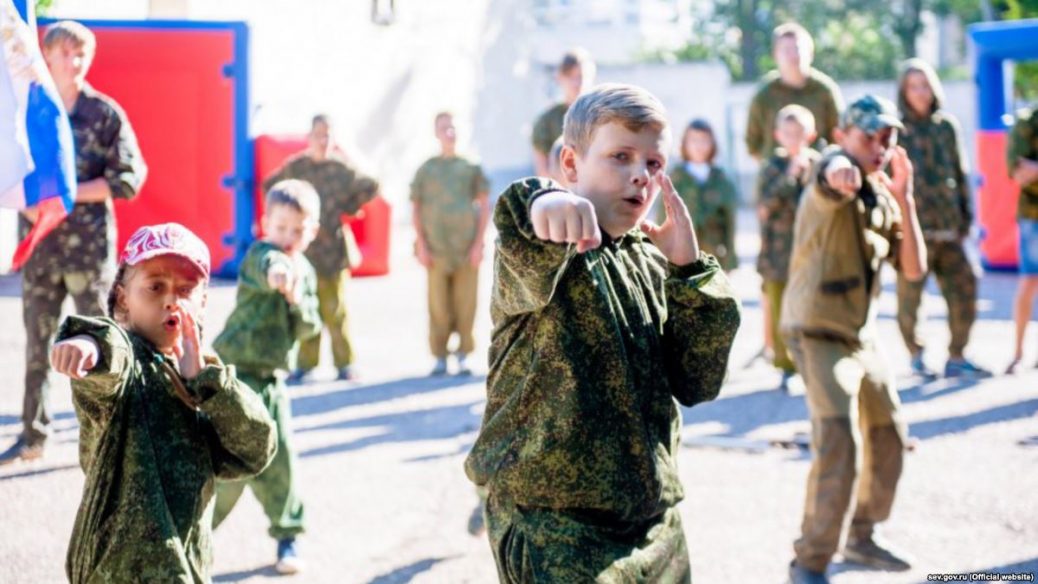 Russian servicemen will teach Crimean schoolchildren how to use weapons.

Russian occupiers created the “House of Yunarmiya” at the premises of the city House of Officers, where .

The press service of the Russian Ministry of Defense announced that “the military-patriotic center was established in accordance with the decision of the Minister of Defense of Russia”.

“Schoolchildren of Sevastopol, who joined the Yunarmiya movement, practice the basics of general military training under the guidance of experienced military instructors in the newly established military-patriotic facility,” the message reads.

The law enforcement agency claims that “young patriots practice maintenance of the Kalashnikov AK-74 assault rifle, marching and rifle drill and reaching physical fitness standards.” Also during classes on radiation, chemical and biological defence, schoolchildren were taught to equip themselves in a battledress overgarment and gas mask within the shortest possible time.