Home » Russian ship is on fire in the Black Sea. It is being towed to Crimea

Russian ship is on fire in the Black Sea. It is being towed to Crimea 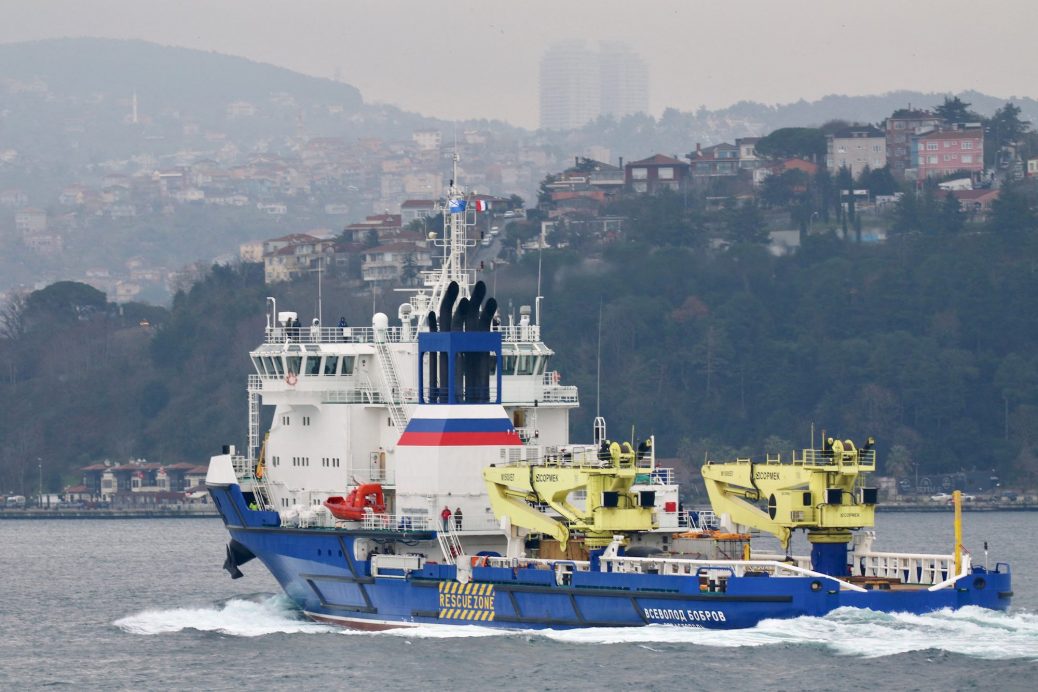 Russian logistics vessel “Vsevolod Bobrov”, the one of the newest in the Russian fleet is on fire.

This was informed by spokesperson for the Odesa regional military administration Serhii Bratchuk on May 12.

“As a result of the actions of our military sailors, the logistic support ship Vsevolod Bobrov, one of the newest in the Russian fleet, caught fire. They say that it is being towed to Sevastopol. Now the information needs to be clarified. But it is true that it was hit,” Serhii Bratchuk noted.

Earlier, the BlackSeaNews wrote about the fire on the “Vsevolod Bobrov” ship. Journalist Sergei Vysotsky clarified that the ship was hit by the Ukrainian Neptune missile.

It is noted that Russia has only two ships of Project 23120.

“Vsevolod Bobrov” was launched in 2016, but then the construction of the vessel ceased due to the lack of imported components (sanctions …). After completion on August 21, 2021, the ship was included in the Black Sea Fleet.

The morning report of the General Staff of the Armed Forces of Ukraine specifies that another ship has been lost by Russian.

The following are several interesting facts about the logistics vessel “Vsevolod Bobrov” of the 23120 project, which is said to have caught fire at night due to smoking in prohibited areas.

That is a brand new ship. It arrived in the Black Sea from the Baltic only on July 1, 2022.

The сargo-carrying capacity of a vessel: 2000 tons

The vessel is a military version of typical offshore support vessels for marine oil and gas production.

It is designed for loading, storage, transportation, and transfer of dry cargo ashore, to surface ships and submarines and for towing and assistance to the ship crew and ships in distress.

Due to the crane equipment (two electro-hydraulic cranes with a cargo-carrying capacity of 50 tons, towing winches with a tractive force of 120 and 25 tons) and dynamic positioning, the ship can perform cargo operations near unequipped mooring walls and on the high seas.

It is a single-deck stainless steel vessel with propeller columns, a cabin in the bow, a free deck area in the stern, double bottom and double sides, bow thrusters, and a tow winch.

The vessel has a diving complex with a hyperbaric chamber for deep diving. The hull with Arc4 ice-class is designed to overcome 0.6 m thick ice.

The ship has all the conditions for the normal operation and recreation of the crew: sauna, swimming pool, gym, and comfortable cabins with individual sanitary facilities. The automation class A1 system of the ship provides on-call maintenance of systems and facilities. The autonomy of the vessel is 60 days.

The ship is named after the famous football player and hockey player, Honored Master of Sports, Honored Coach of the USSR, and Olympic champion Vsevolod Mikhailovich Bobrov (December 1, 1922 – July 1, 1979). He is the only athlete in the history of the Olympic Games who was a captain in another kind of sport.

It was launched on November 14, 2016; however, the construction of the vessel was stopped due to a lack of imported components. After completion on March 20, 2021, “Vsevolod Bobrov” had sea trials in the Baltic Sea. The certificate for commissioning and acceptance by the state was signed on August 6, 2021. On August 21, 2021, the vessel was added to the Black Sea Fleet.

The ship moved from Kronstadt around Europe to the Novorossiysk Navy Base of the Black Sea Fleet, where it arrived on January 9, 2022. The ship first arrived at the Main Fleet Base Sevastopol on February 17, 2022.

It belongs to the 205th Auxiliary Fleet Management Detachment based in Sevastopol. Captain – Oleg German.