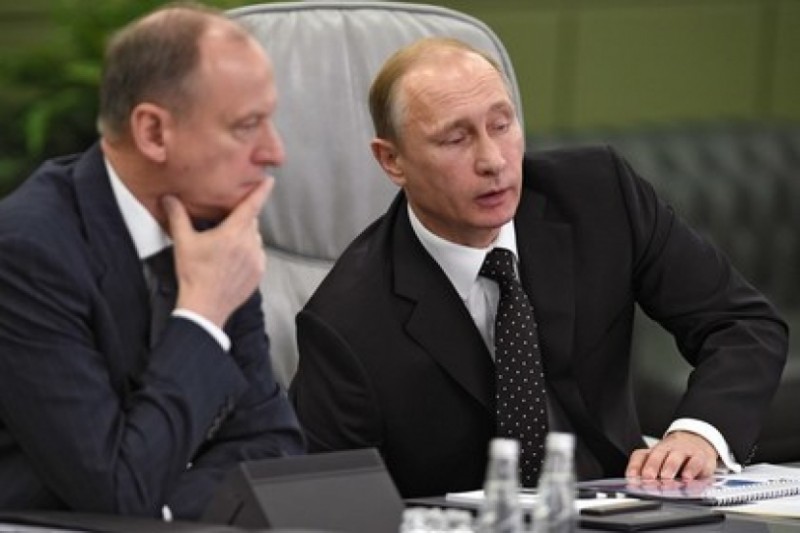 Secretary of Security Council of Russia Nikolai Patrushev, one of the main associates of Russian President Vladimir Putin, is holding a meeting on “national security” issues in Sevastopol on Wednesday – April 14, 2021.

I don’t think the arrival of Nikolai Patrushev in Russia-annexed Crimea can be considered just a foreboding message, political analytic Vitaliy Portnikov says. The former head of the Russian FSB is the leading ideologist of the current regime. It was he who, a week ago, explained to the Kremlin about the consequences of the foreign policy of the new administration of the United States and the collective West in general.

What about Russia itself? What about the concentration of Russian troops on the border with Ukraine? What about hacker attacks, interference in elections, poisoning and persecution of political opponents of the Kremlin? These questions were also asked and the answer was received: there is no evidence. In fact, the all danger comes from Washington, Brussels, Kyiv…

If we consider Patrushev’s visit to Crimea in the paradigm of these ideas about reality, then everything seems to be logical. Crimea is not recognized as part of the Russian Federation by most of the world’s states. Ukraine is trying to remind about the annexation with the help of diplomatic tools, preparing a summit of the “Crimean Platform.” Most recently, the topic of Crimea was discussed at the talks between the presidents of Ukraine and Turkey, Volodymyr Zelenskyy and Recep Tayyip Erdoğan. The President of Turkey reaffirmed the recognition of the territorial integrity of Ukraine, non-recognition of the Russian annexation and the historical debt of Turkey to the Crimean Tatars. By the way, the Kremlin has responded immediately – all flights from Russia to Turkish resorts have been canceled.

Patrushev in Sevastopol will definitely talk about threats. It’s not about the threats coming from Russia. It’s about how the outside world threatens Russia itself, trying to question its territorial integrity, and take Crimea away from then again. He will blame Washington, Brussels and Kyiv. And this visit, I am sure, will have its results. They will become noticeable not only in the toughening of the anti-Ukrainian rhetoric of the Russian leadership of Crimea. They will have serious consequences for people.

The Russian special services are likely to “fulfill the plan” to find “spies”, “provocateurs” and simply those who disagree with Putin and Patrushev. Russian courts will impose new sentences against activists. And Russian propagandists will be telling stories about how they are fighting the Western and Ukrainian threat in Crimea in order to prevent destabilization of the situation on the peninsula.

We have known Patrushev for a long time as one of the “masters” of trick mirrors. Looks like this time he is visiting Crimea to construct another such trick mirror.