The military strength of the Russian troops in Crimea becomes known 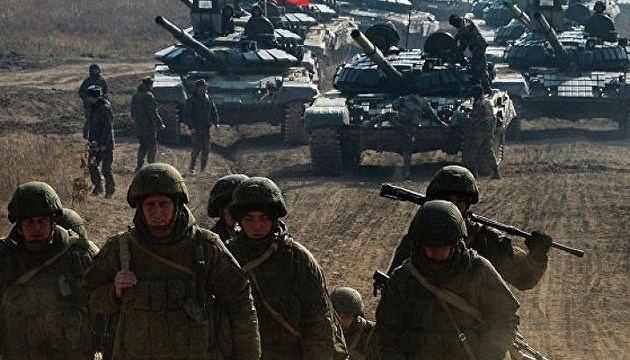 There are 200 armored vehicles, 31 tanks, 100 artillery systems, 34 helicopters, 63 aircraft, 684 units of military equipment, 32,500 Russian troops in the territory of the temporarily occupied Crimea.

Of these, 11,500 military servicemen form a ground grouping. This was stated by the commander of the Joint Forces of Ukraine’s Armed Forces Serhiy Nayev on 1+1 TV channel.

“Yes, this information is true. I want to add that the ground grouping is 11,500 people. The entire number (32,500 Russian military – Ed.) in the temporarily occupied territory includes the Russian Navy, as well as air defense forces. The ground grouping consists of two brigades and one battalion,” he said.

According to him, the Armed Forces of Ukraine have strengthened all types of intelligence in the Tavrian sector, they receive daily data on the Russian armed forces in the temporarily occupied territory of the peninsula, which are then analyzed in detail.