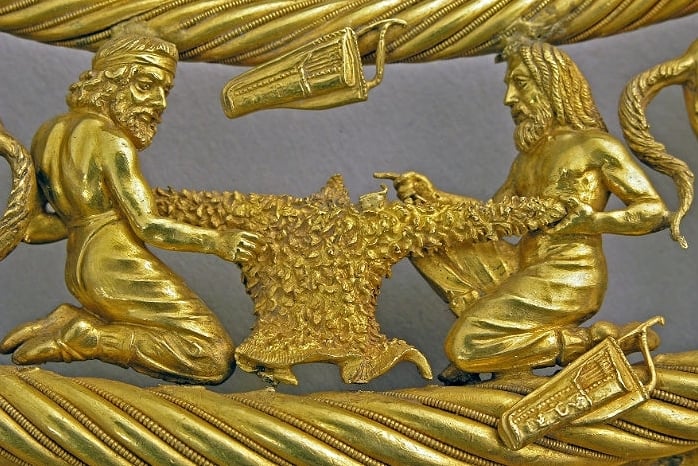 The Court of Appeal of Amsterdam has ruled in favor of Ukraine in a long-running wrangle over a historic collection of ancient treasures Scythian Gold.

The final verdict of the court has been awaited since 2016.

Presiding Judge Pauline Hofmeijer-Rutten announced that this collection is part of Ukraine’s cultural heritage and should be handed over to the Ukrainian side.

The legal dispute began in 2014 when Ukraine appealed to the court. Due to the active position of the state in 2014-2021, this national treasure was not transferred to the Russian occupiers.

Therefore, Ukraine will regain its collection through its systematic efforts and not because the “Netherlands will return it”, or “the gold will return by itself.”

By the way, according to the position of the Dutch court, the current decision was based on the rights of the Ukrainian people to their own cultural heritage.

This long-running dispute concerned primarily intangible issues, because the insurance value of the collection, which was brought to Amsterdam before the occupation of Crimea, was only $ 500,000.

The trial covered not only and not so much gold, but also many other artifacts that were stored in the museums of Bakhchisarai, Kerch, Simferopol, Sevastopol (Chersonese) until 2014. The collection will remain in the Netherlands until Ukraine reimburses the Allard Pierson Museum for its storage costs from 2014.

Of course, the fake “Crimean museums” represented by Russia may still appeal to the Supreme Court of the Netherlands, but I am skeptical not only about the prospects of this cassation, but also that it will be able to stop the return of historical heritage home.