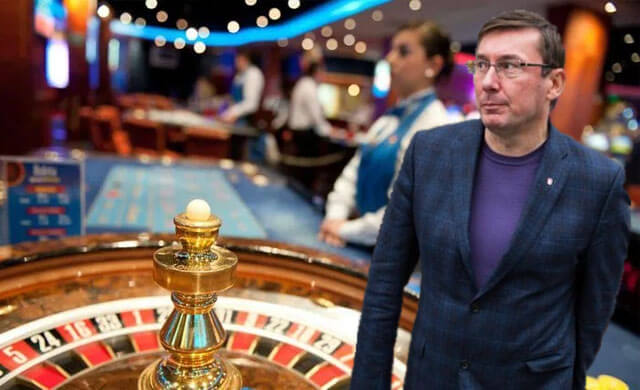 The State Bureau of Investigation has opened criminal proceedings  into the alleged abuse of power by former Prosecutor General of Ukraine Yuriy Lutsenko.

The proceedings have been opened based on the statement by Chairman of the parliamentary Servant of the People faction David Arakhamia. According to his statement, Lutsenko in a preliminary conspiracy with a number of former MPs and other persons promoted the illegal gambling business.

“When we started to investigate the illegal gambling businesses, we revealed that the whole political elite was the beneficiary … For example, Yuriy Lutsenko is a shareholder of the underground casino network.”

The criminal Code Article provides for up to three years of imprisonment with deprivation of the right to occupy certain positions.

It should be reminded that the Cabinet of Ministers approved the Program of the Government and a number of bills, in particular on the legalization of the gambling business, which will allow the budget to receive additional 2-2.5 billion hryvnias.

The day before, it became known that Lutsenko had left for the United Kingdom for a month and a half “to take English lessons.”