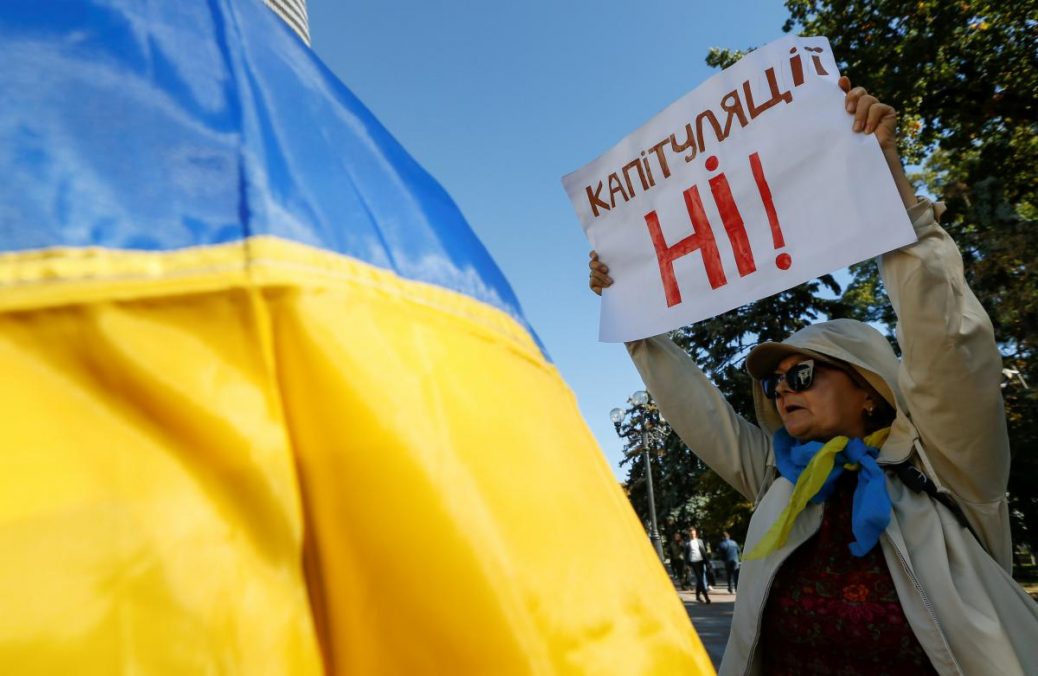 Activists launched a movement against capitulation and announced a viche on Maidan Nezalezhnosti in Kyiv.

Activists protesting against the signing of the Steinmeier formula by Ukraine under the Minsk Agreements have launched the Movement of Resistance to Capitulation and announced a viche on Maidan Nezalezhnosti in Kyiv.

“On October 2, 2019, President of Ukraine Volodymyr Zelenskyy announced that a representative of our state in the Minsk Contact Group had agreed to the holding of local elections in the occupied territories of Donetsk and Luhansk regions, and signed the “formula,” which would, in particular, provide the special status of these territories in Ukraine,” the statement reads.

According to the activists, resistance to the capitulatory actions of the authorities requires uniting and mobilizing efforts of the entire Ukrainian society. To do this, it is necessary to unite in a broad movement against the surrender of Ukraine, which would unite all indifferent people.

“To this end, we are initiating the launch of the Movement of Resistance to Capitulation network. The organizational principles of the network will be announced later. We call on all state forces – in the Verkhovna Rada and outside the Parliament – to consolidate their efforts and avoid fighting,” the statement reads.

According to the activists, the attainment of true peace cannot be accomplished on the basis of “formulas” and “agreements” that contradict the Constitution, the principles of international law and the national interests of Ukraine.

“We do not understand how peace can be reached with Russia, which does not want this peace. Instead, it tries to force us to accept conditions that destroy Ukrainian statehood,” the activists stated.

They also announced the holding of the “Stop the capitulation!” viche on Maidan Nezalezhnosti in Kyiv on October 6 at 12:00.