Ukrainian schoolchildren team is in TOP-10 of the World Robot 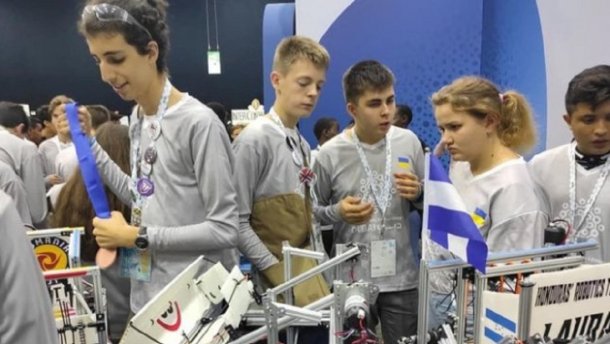 Ukrainian schoolchildren have won 10th place out of 189 countries at the FIRST Global Challenge of the Robot Olympiad in Dubai.

The kids constructed a robot that can clean up the ocean from plastic. The main task of the teams was to create a robot capable of collecting large and small balloons that symbolized garbage. Then the robot had to take them to special barges and put them on different levels of the tower depending on the size.

Each team played nine matches in the alliance with two more countries that changed each time. After completing six missions, the Ukrainian team decided to take a risk and make significant changes to the basic design of the robot.

They focused on collecting large balloons, which took them three hours, after which the robot became more efficient and stable, which helped the teenagers gain more points, get ahead significantly and enter the play-off of the Robot Olympiad.

The Ukrainian national team carefully prepared for the Olympiad, trained and participated in many competitions in Ukraine; they attended the INVENTOR STEM-school.

What is the FIRST Global Challenge Olympiad?