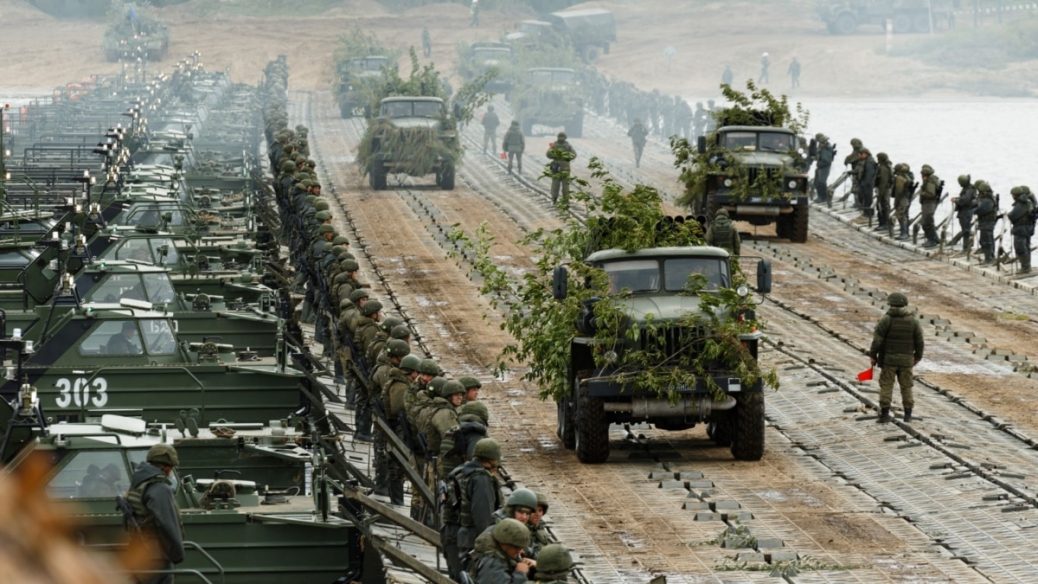 U.S. President Joe Biden and Russian President Vladimir Putin held two hours of virtual talks on Thursday. Ukraine attacks the most tension disputes among two leaders video call. EMPR find out the main findings presented by the White House and the Kremlin for you to analyse “to be or not to be” Russian invasion to Ukraine in forthcoming time.

The White House keynotes and conclusions from the press conference

1. Unchanged position on key issues (the importance of Minsk and Normandy format).

2. He stated at the beginning that there were no topics other than Ukraine. The final questions opened another issue – nuclear weapons negotiations with Iran.

3. No guarantees of non-accession of Ukraine or anyone were given and will not be given in the future.

4. “Hellish sanctions” were laid out very clearly for the Russians, but they will not be disclosed to the general public for security reasons.

6. The main goal of the Americans now is to deter further (!) Russian incursion into further (!) Ukrainian territories.

8. “Formal agreements or formal treaties were not on the table in the conversation today.”

9. Systematic mentions of the Cold War in a positive way – we were able to agree then, so we can agree now.

10. The White House talked to Germany about NS-2, but except for statements about cooperation, “I’m not going to characterize it beyond that.”

12. The NS-2 issue (i.e., new sanctions and stopping the project) is considered only in the format and in case of incursion into Ukraine (!)

13. “It was a useful meeting; it was a real discussion, not just an exchange of speeches.”

14. In fact, there are two options – further escalation or the beginning of de-escalation.

2. Positively mentioned Ukrainians ablility to stand up for themselves (against the background of the negative experience of Afghanistan).

3. There are currently no plans for Biden’s address to the American nation regarding Ukraine.

4. Why will Zelensky be called on Thursday, and not today or tomorrow? Today they had a call with their European partners, and tomorrow are traveling to the United States, so “so it was just a matter of getting it on the schedule” (apparently, an attempt at information de-escalation).

5. The concept of “military escalation” is understood in a very broad sense, including the funding and strengthening of proxy forces (but in general no clear definitions were given).

The official Kremlin, in turn, reports that “The talks mainly centered around topics related to the Ukrainian crisis and the lack of progress in the implementation of the 2015 Minsk agreements, which are the only basis for a peaceful settlement.”

“The Russian president illustrated with specific examples the destructive line of Kyiv, aimed at the complete dismantling of the Minsk agreements and the agreements reached in the Normandy format, expressed serious concern about Kyiv’s provocative actions against Donbas,” the press service said.

Joseph Biden, for his part, stressed the alleged “threatening” nature of Russian military movements near Ukraine’s borders and outlined sanctions that the United States and its allies would be prepared to implement in the event of a further escalation of the situation.

“In response, Vladimir Putin stressed that responsibility should not be shifted to Russia, as NATO is making dangerous attempts to seize Ukrainian territory and increase military capabilities on our borders. That is why Russia is seriously interested in receiving reliable, legally fixed guarantees, excluding NATO’s expansion to the east and the deployment of offensive weapons systems in countries bordering Russia,” the statement reads.