Home » Japan reverts to old line “Kuril Islands are the original territory of Japan, which is illegally occupied by Russia”

Japan reverts to old line “Kuril Islands are the original territory of Japan, which is illegally occupied by Russia” 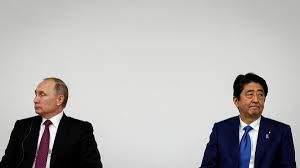 The wording Japan reverts to old line “Kuril Islands are the original territory of Japan, which is illegally occupied by Russia” is found in a draft of a new issue of the Diplomatic Bluebook, an annual report on Japan’s Foreign Policy and Activities, Kyodo Tsushin Agency reports.

Since 2012, the government has avoided such wording, hoping to reach a compromise with Russia.

Japan claims four southern islands of the Kuril ridge – Iturup, Shikotan, Kunashir and Habomai. At the end of World War II, these territories were annexed by the Soviet Union, and all Japanese residents were expelled.

In 1956, Moscow and Tokyo signed a Joint Declaration providing for the end of the state of war, but no peace treaty was concluded.

Why is this important for Ukraine?

Russia has been occupying other countries for decades, destroying peoples and cities.

Almost every neighbor of Russia has experienced information war, occupation or economic attacks.

So, other countries have something to fight over with the Russians.

And if every country starts a fight now, Russia will not be able to stop these processes.

And by working together, the world will be able to stop the Russians and save the annexed lands.