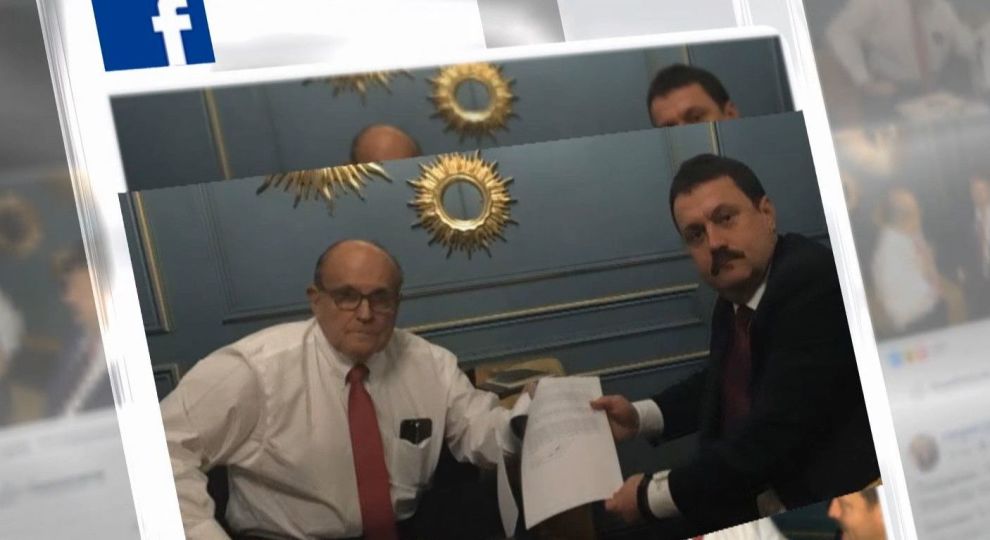 Today, the Kyiv Post published a blockbuster article that followed up on EMPR’s expose’ of how Andriy Derkach engaged in false and defamatory actions by targeting Ukrainian NGO, 100 PERCENT LIFE, Petro Poroshenko and Joe Biden.

After we wrote about this a month ago, a super lawyer law firm in New York City took legal action against Derkach’s conspirator, Rudy Giuliani, demanding that he remove the false information provided to him by Derkach. We wrote about that a week ago and published the attorney’s demand letter.

In today’s article, the Kyiv Post minces no words in laying out the fact that Derkach and his conspirators disseminated false information to harm their targets and did so on behalf of the Russian Federation.

Formerly called “the All-Ukrainian Network of People Living With HIV,” 100
Percent Life has operated throughout Ukraine since 2001 and provides services, including supplying medicines, to some 300,000 persons.

Dmytro Sherembey, head of the NGO’s coordination council, dismissed the accusations telling the Kyiv Post that Derkach’s
allegations were part of a plan to sow distrust about Ukrainian NGOs and
the country in general.

He said Russia regards NGOs, which have contributed to strengthening civil
society and democracy in Ukraine, as enemies.

Sherembey said: “Everyone in Ukraine knows Derkach serves Moscow. One
way to damage Ukraine is to disrupt trust in the NGOs, many of which, like
100 Percent Life, receive vital financial assistance from American and other
foreign donors.

“We can account for every dollar from the moment we receive and track it
to how it is spent. We are regularly monitored by some of the world’s biggest auditors. These accusations are putting the lives of thousands of patients at risk.”

Sherembey has also worked with Ukrainian anti-corruption activist, Dmytro Shabunin, to fight corruption, which has affected the shady criminal circles Derkach moves in.

The question for everyone in light of all of this is, “when will Derkach be arrested and imprisoned for his criminal activity?” He is a traitor in every sense of the word.