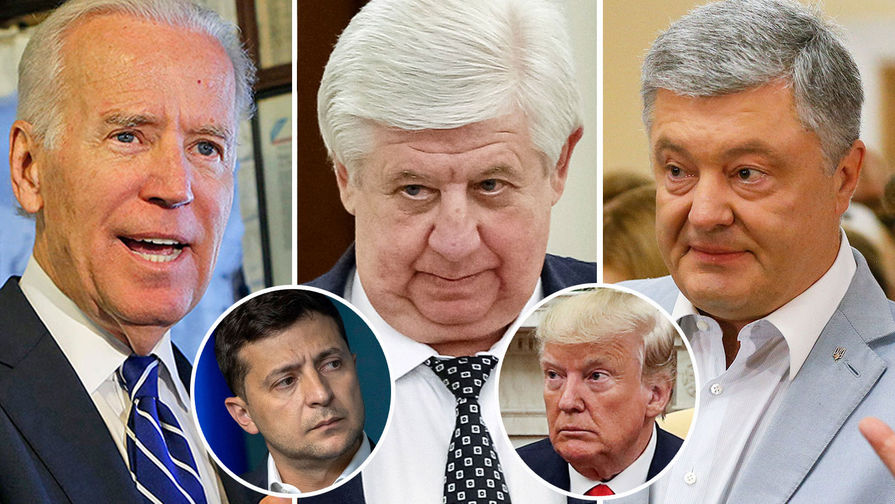 Ex-Prosecutor General of Ukraine Viktor Shokin, also involved in the scandal surrounding the impeachment of US President Donald Trump and US Vice President Joe Biden, testified in an Austrian court.

Shokin testified under oath that US Vice President Joe Biden had pressured the administration of former President of Ukraine Petro Poroshenko to not only dismiss him from the Prosecutor General’s office to protect his son from possible investigation, but also to block Dmytro Firtash’s return to Ukraine in 2015.

A copy of the document, which is likely to be Shokin’s testimony affidavit, certified September 4, was published September 26 in the United States by John Solomon, author of The Hill news. Previously, Solomon was one of those who wrote about Joe Biden and his son, and declared that Ukrainian high-ranking officials had interfered in the 2016 US presidential election.

“I got fired because I was conducting a large-scale corruption investigation at Burisma Holdings,” Shokin wrote in his testimony.

According to Shokin, then-President Poroshenko repeatedly asked him to curtail the investigation into the Burisma case, but he refused. Then Poroshenko asked him to resign because Biden had threatened to withhold a $ 1 billion loan guarantee unless Shokin was removed from office.

Shokin said this was not the only time Biden had influenced Poroshenko and the Ukrainian authorities. According to the ex-prosecutor, Biden also pressured the Ukrainian administration to block Firtash’s return to Ukraine in December 2015, when Shokin was still in office.

US Department of Justice accuses Firtash of leading a scheme to pay bribes to officials in India for a total of US $ 18.5 million for permitting the development of titanium mines in the Indian state of Andhra Pradesh. According to investigators, the obtained titanium could be sold to American company Boeing.