Home » MH17 trial begins in Amsterdam. Putin’s name is on the list

MH17 trial begins in Amsterdam. Putin’s name is on the list 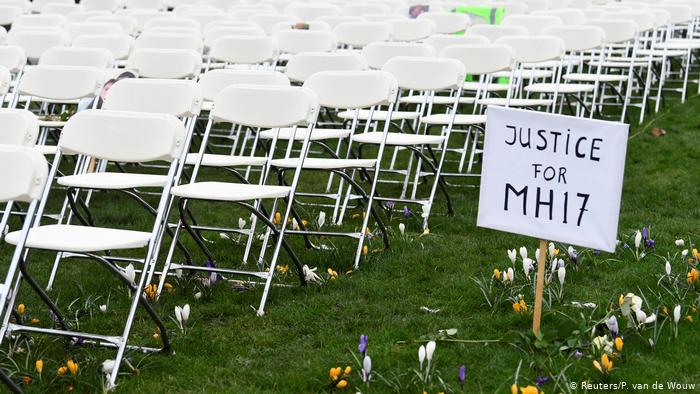 The trial will investigate whether the men were responsible for shooting down the airplane over war zone in eastern Ukraine nearly six years ago.

All 298 people aboard Malaysia Airlines MH17 died. The passenger jet was traveling from Amsterdam to Kuala Lumpur and most of the passengers were Dutch.

Prosecutor Dedy Woei-a-Tsoi read out the victims’ names when the trial began. It took 18 minutes.

The Russian government has adamantly denied allegations of involvement in the incident. Russia’s Foreign Ministry last week denounced the trial as having a pre-determined guilty verdict. “Russia has refused to play ball on this,” DW’s Kyiv correspondent Nick Connolly said. “They’ve said they’re not going to hand over the suspects — and that’s the end of it.”

Jerry Skinner, lawyer for relatives of the passengers who died in the MH17 crash, said in an interview with Deutsche Welle that Putin had given permission to bring the Buk to Ukraine.

Such powerful weapon as the Buk air defense missile system, which allegedly shot down flight M17 over Donbas in 2014, could not leave Russia without the permission of its president, Vladimir Putin. “We will probably hear the names of Putin’s advisers, who were in close contact with officials in the east of Ukraine. I think we will also hear about Mr Putin.”

On behalf of 40 families of the victims, lawyer Jerry Skinner filed a lawsuit to the European Court of Human Rights against Russia and its president, Vladimir Putin.

The victims demand $ 330 million in compensation from Russia. Skinner is known for having managed to force the Libyan government to pay compensation for blowing up an aircraft in the sky over Lockerbie, Scotland.