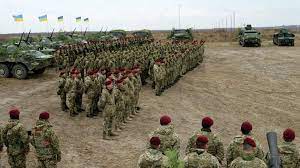 Polish Deputy Foreign Minister Marcin Przydacz commented on the information about Russia’s possible attack on Ukraine. In his opinion, the Kremlin authorities are thus “checking the West’s probable reaction.”

This is reported by Polskie Radio24.

According to him, now there is an ongoing psychological war, which creates pressure on Western Europe.

“I believe that Russia’s main plan is to achieve its goal without involving military force. After all, the Russian Federation is ready for such measures if it sees the weakness of the West …” said Przydacz.

He stressed that “although there is a real threat of such an operation on the border,” Russia is first testing the probable reaction of the Western world by spreading various theories.

“Moscow is looking at how the world will react – whether it will be scared, whether people will react, whether the citizens will support its decision in their country,” Przydacz believes.

Earlier, the Financial Times stated that through active influence on the European allies and providing them with intelligence information the U. S. were able to convince the EU member states that the Russian Federation was preparing an invasion of Ukraine.

The German magazine Bild published a possible scenario of the Russian invasion of Ukraine.

We will add that U .S. intelligence has recently discovered that the Kremlin is planning an

offensive against Ukraine on several fronts. It is believed that Russia may deploy 175,000 troops at the beginning of next year.