Netanyahu and Zelensky will discuss “forces and regimes” threatening the future 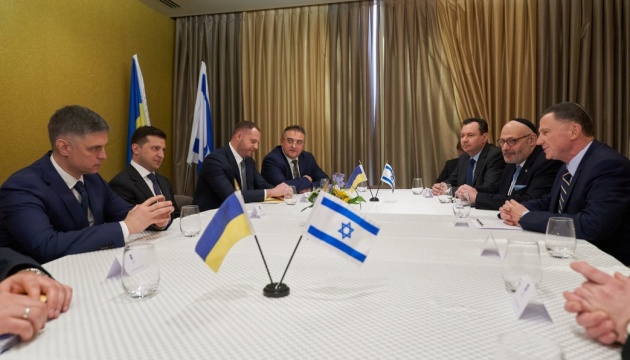 Benjamin Netanyahu, Prime Minister of the State of Israel, said during a meeting with President of Ukraine Volodymyr Zelensky that he wanted to discuss with him how to counteract the forces and regimes threatening civilization and the future.

“I want to express my sincere condolences to the Ukrainian people and to you personally for the Ukrainian plane crash in Iran. Iran knew from the start that their forces had shot down your plane but they tried to conceal it and kept it secret for 48 hours until they were forced to admit it. I think this fact says a lot about this regime,” the Israeli prime minister said.

According to him, Ukraine and Israel are two democracies that see the future in cooperation, with technological exchanges, tourism, and all the benefits that free societies will have if they cooperate with each other.

“And I also hope to discuss with you how we can counteract the forces and regimes that threaten our common civilization and our common future,” Netanyahu added.

It should be reminded that President of Ukraine Volodymyr Zelenskyy gave the Israeli Prime Minister Benjamin Netanyahu a letter with his own family story of the Second World War.