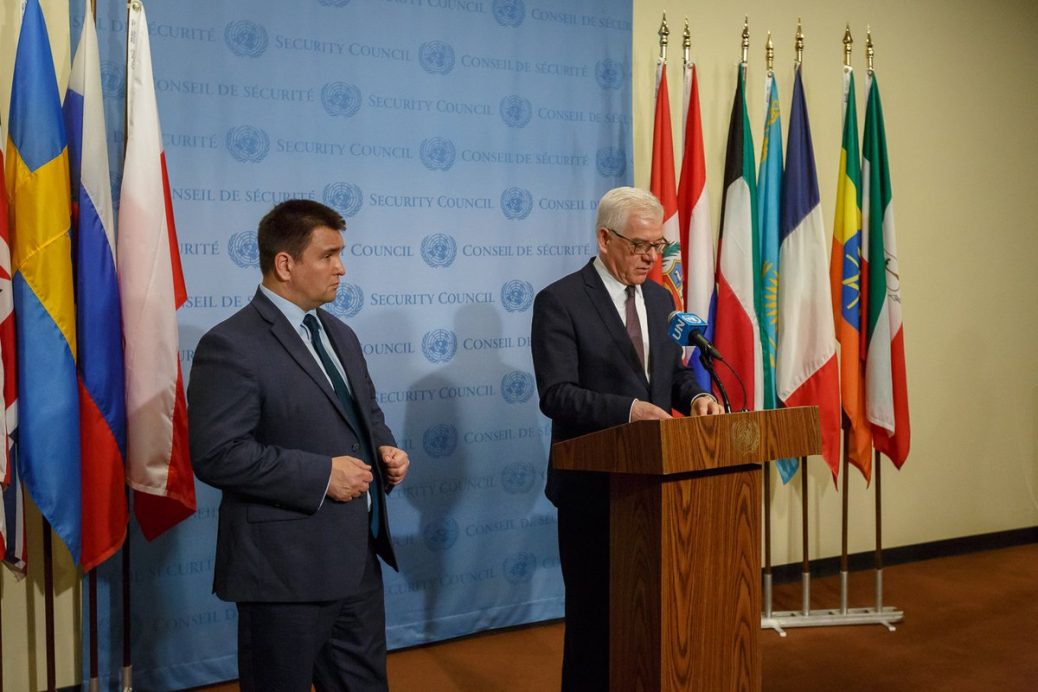 Poland wants the UN Secretary-General to appoint special envoy for changing the Normandy format and solving the Ukrainian issue.

Polish Minister of Foreign Affairs Jacek Czaputowicz believes that Europe should be represented by European institutions, rather than France and Germany, at negotiations. He stated this in an interview to Handelsblatt.

The head of the Polish Ministry of Foreign Affairs proposed to appoint a special envoy of the UN Secretary General to Ukraine.

According to Czaputowicz, representatives of the Normandy format countries – Germany, France, Ukraine and Russia – must be joined by participants from the United States and the EU.

“Germany and France may think they represent Europe, but we do not think so. Only European institutions, in this case a High Representative (of the EU on foreign and security policy), may represent us, but not others countries,” the minister noted.

We will remind you that the Normandy format meeting took place in Berlin on December 11 at the level of advisers to the leaders of Germany, France, Ukraine and Russia.

The Kremlin wants to send Putin’s assistant on the Kerch crisis to the Normandy Four meeting. According to a representative of the German government, the parties agreed to continue contacts on that issue.

In turn, Kurt Volker, US Special Representative for Ukraine Negotiations, said that he saw no sense in expanding the existing format of the talks, even after the recent events. He believes that the problem of Normandy format does not consist in Germany and France, but in Russia, which “is not ready to take those negotiations seriously”.