Putin commented on Russian troop buildup on the border with Ukraine 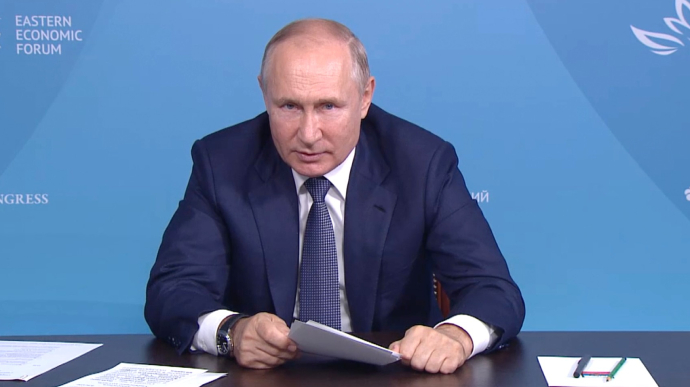 Russian President Vladimir Putin commented on the reportedly Russian troop buildup on the border with Ukraine.

“Look, they talked about the possible induction of Russian troops into Ukraine at the beginning of the year … But, as you can see, this did not happen… It is not about to bring or not to bring troops into Ukraine, to fight or not to fight. It is about establishing relations: to create a fairer sustainable development and to take into account the security interests of all participants in international activities. If we sincerely strive for this, no one will feel any threats.”

Putin also said that any expansion of NATO military infrastructure on Ukrainian territory would represent a “red line” for Russia and would trigger a strong response.

He noted that “Russia would be forced to act.”

According to the Russian President, despite Russia’s warnings and requests, NATO’s infrastructure has approached its borders. In particular, he warned against the stationing in Ukraine of missile defence systems similar to those in Romania and Poland. In response, Russia “is forced to deploy hypersonic missiles.”

On November 11, Bloomberg learned from its sources that the United States had informed the EU leadership about the high risk of a full-scale Russian invasion of Ukraine in the winter.

On November 20, New York Times published evidence that Russia was preparing an invasion.