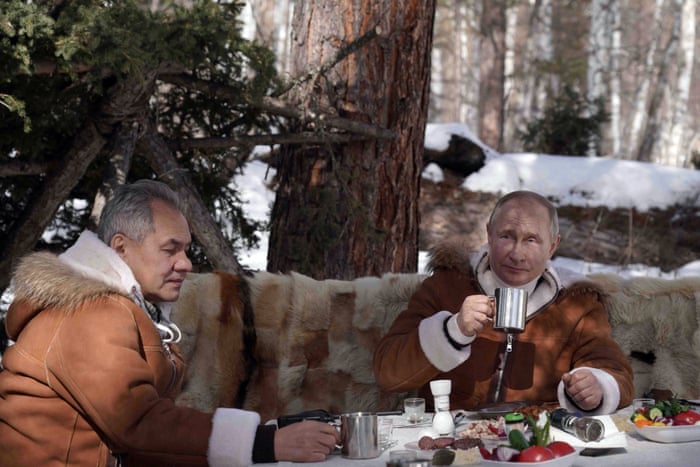 Russian Defense Minister proposes to revive Soviet plans for Siberia and potentially Ukrainians with Russian passports who received then in occupied Donbass will be welcomed there soon.

At a meeting with Russian scientists from the Siberian Branch of the Russian Academy of Sciences at the beginning of August, Russian Defense Minister Sergei Shoigu recalled the USSR’s plans.

According to the Russian army general, Russia needs to build several scientific and industrial centers in Siberia. The need to populate the vast and practically empty territories beyond the Urals is extensively discussed in Russia. This is not surprising given China’s activity in the region. And no matter how hard pro-government journalists try to reassure the Russian society, the issue of the Chinese colonization of the Far East and Siberia is quite pressing at the moment. The official RosStat data show that, as of January 1, 2021, only 17,009 people live in a quarter of the Russian Federation territory. That is, the population density in Siberia is 3.9 people per square kilometer.

But that is not the question now. The problem of China’s presence and influence in the Trans-Urals is a topic for a separate story.

The question is how exactly Sergei Shoigu is going to revive the plans of the former USSR to develop these territories. He quite seriously announced his intention to build cities that would become highly specialized industrial and economic centers.

However, the head of the RF Ministry of Defense did not tell scientists what resources would be required for such a construction and where to find money for this.

According to Shoigu, several such centers are planned, each with a population of 300 to 500 thousand people.

Where to find such a number of people who want to live in the taiga, and how to motivate them, Shoigu did not explain. But, recalling the previous statements   by Alexander Kalashnikov, the head of the Federal Penitentiary Service (FSIN) of Russia, about the use of prisoners at critical public construction sites, perhaps Sergei Kuzhugetovich still has a chance to populate new cities in Siberia with Russian citizens.

In addition, do not forget about the accelerated procedure for issuing Russian passports to residents of Donbas. Russia admitted that, as of January this year, it issued more than 400 thousand Russian passports to residents of the occupied territories of eastern Ukraine. These people, of course, are important in terms of elections to the Duma of the Russian Federation, and as another argument in the policy of aggression under the guise of “protecting our citizens.”

But there is one more use for these new citizens of Russia. Sooner or later, the Ukrainian territories occupied by Russia will be liberated and become controlled by the official government of Ukraine. And those of the residents of Donetsk and Luhansk regions who have adopted Russian citizenship and do not want or will not be able to live in Ukraine will be useful to Russia at Shoigu’s construction sites. Because Moscow will not fit all of them.