Home » Tension between Serbia and Kosovo: why is this important for Ukraine

Tension between Serbia and Kosovo: why is this important for Ukraine 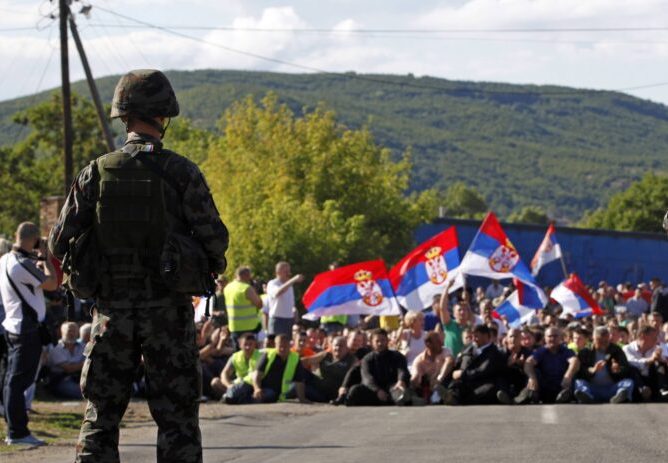 Tension between Serbia and Kosovo: Serbs build barricades and prepare for conflict.

In the north of the partially recognized Kosovo, local Serbs are building barricades, protesting against the decision of the government in Pristina to replace their Serbia-issued license plates with Kosovo ones and to receive  temporary identity cards.

The agreement between Serbia and Kosovo provides for the temporary use of neutral documents and license plates by residents of northern Kosovo for a period of 5 years.

Despite the fact that the transition period has long ended, all attempts to force Kosovo Serbs to switch to national documents only caused mass protests. This time, Kosovo intends to get its way – from August 1, neutral documents and car plates will no longer be valid.

Serbia takes an active part in this conflict, supporting the Kosovo Serbs. The party of the president of Serbia talked about the “denazification of the Balkans.”

Why is this important for Ukraine?

An attack by the Serbs would mean a challenge to KFOR peacekeepers and, accordingly, a declaration of war to NATO. The President of Serbia, Aleksandar Vučić, is a corrupt person who restricts freedom of speech and democracy in the country. He is an open friend of Putin, a supporter of the “Russian world”, who helps Russia a lot to avoid sanctions.