The British media published photos of snipers killing the Maidan 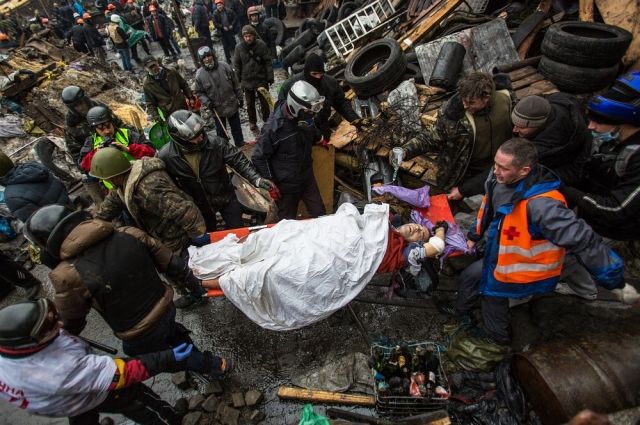 The British Daily Beast published photos of snipers shooting people at Maidan in Kyiv on February 20, 2014.

Most of the photos accompanying the article were taken on February 20, 2014 and they could help reveal the truth about the events in Independence Square on the day that was fateful for both Ukraine and Europe, which suddenly witnessed the worst political violence of the 21st century, writes journalist Jamie Dettmer in the article “Photographs expose Russian-trained killers in Kyiv”.

“Many of the 53 slain died from clean shots to the head or neck – telltale wounds inflicted by expert marksmen; while others were gunned down at close quarters by less expert assassins armed with AK-47 assault rifles,” he writes.

“Many of the paramilitary Alfa members in the photographs are wearing yellow or white armbands and before they leave the courtyard they pull on ski masks to obscure their features. The armbands were used so they could identify themselves at a glance among riot police and other regime forces in the midst of frantic street clashes,” the author said.

It is known that according to the Maidan Medical Service, more than 70 people were killed in the February 20, 2014 clashes in Kyiv. Most people were killed by snipers with aimed heart, head and neck shots. And the snipers fired at people who had neither weapons nor protection.