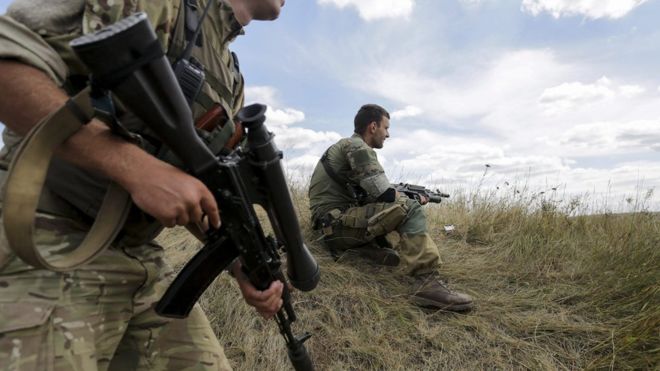 Discover the latest updates on Ukraine in trending World News as of September 6, 2016.

As hundreds of thousands of children across Ukraine’s Donbas region return to class, the warring sides have agreed to honour a “back-to-school” ceasefire to curb the worst violence in a year. (Jack Losh, The Telegraph)

Ukrainian television station Inter has been forced to make an outside broadcast after its studios caught fire amid a protest in Kyiv. (Euronews)

A European Parliament committee on Monday backed visa-free travel to the European Union for Georgia and moved toward granting another ex-Soviet republic, Ukraine, the same right, after migration worries delayed the process before the summer. (Gabriela Baczynska, Reuters)

Russian President Vladimir Putin and U.S. President Barack Obama discussed the conflicts in Syria and Ukraine at their meeting on the sidelines of the Group of 20 summit in China’s Hangzhou, Russian media cited the Kremlin spokesman as saying on Monday. (Reuters)

SANTO DOMINGO, Dominican Republic — A court has ordered three months detention for a former Ukrainian government official during an investigation into accusations he kidnapped a fellow countryman at a popular tourist spot in the Dominican Republic. An alleged accomplice from Bulgaria also is being held. (Washington Post)