Home » U.S. considering sending Mi-17 helicopters to Ukraine instead of Afghanistan due to potential Russian invasion

U.S. considering sending Mi-17 helicopters to Ukraine instead of Afghanistan due to potential Russian invasion 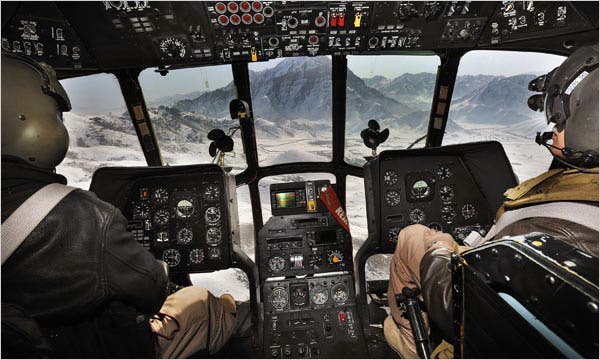 U.S. officials are considering sending extra weapons to Ukraine as fears mount over potential Russian invasion. This is reported  by CNN, citing numerous sources familiar with the discussions.

The administration of U.S. President Joe Biden is concerned about the build-up of military forces on the Russian-Ukrainian border. Therefore, it is considering sending not only weapons, but also military advisers to Ukraine.

The U.S. is forming a lethal aid package in case of an invasion of the Russian army into Ukraine. The package could include new Javelin anti-tank missiles, mortars, and air defense systems such as Stinger missiles.

“The Defense Department has been pressing for some equipment that would have gone to Afghanistan — like Mi-17 helicopters — to instead be sent to Ukraine. The Mi-17 is a Russian helicopter that the U.S. originally purchased to give to the Afghans. The Pentagon is now weighing what to do with them after the U.S. withdrawal from Afghanistan in August,” the sources familiar with the discussions told the journalists.

But others in the administration are concerned that sending stingers and helicopters could be seen by Russia as a major escalation.

German Foreign Minister Heiko Maas expressed concern over the situation on the border between Ukraine and Russia.

Maas made the statement on Tuesday at the Berlin Forum on International Politics, according to Reuters.

“The latest news about the movement of Russian troops in the border area with Ukraine is extremely alarming,” he said.

The EU will continue to speak with one voice on this issue, stressed the head of German diplomacy.

According to him, Germany wants better relations with Russia, but this requires progress in resolving the conflict in eastern Ukraine.

We will remind, earlier the Minister for Foreign Affairs of France Jean-Yves Le Drian warned  Russian official about “extremely serious consequences” in case of invasion of Ukraine.

As the Ukrayinska Pravda previously reported, the Defence Intelligence of the Ministry of Defence of Ukraine said that the Russian Federation had concentrated more than 92,000 servicemen near the border with Ukraine and was preparing to attack by the end of January and the beginning of February.