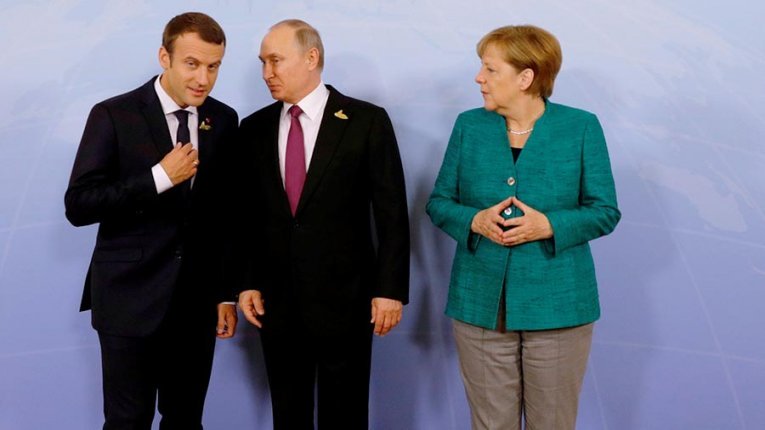 France and Germany move away from the United States and openly arrange their rapprochement with Putin’s Russia.

“Massive artillery attacks of Russian occupation forces and their “separatist” auxiliary forces, which happened last week … caused the European Commission’s stereotypical call for Russia to “fully and promptly influence the armed units”, making it clear that the local forces had allegedly acted fraudulently and without the Kremlin’s consent.

“However, via his military initiative, Putin sent an unambiguous message to the West: nothing happens in Donbas against his will.

“Only the West’s massive pressure can force Putin to make serious concessions in relations with Ukraine. However, the recent cynical demonstration of the Kremlin’s urge for aggression will not discourage French President Macron from promoting a “strategic dialogue” with Moscow to counterbalance the US. Neither will it prevent the German government from developing its economic relations with Russia, despite persisting sanctions.

They were bewildered by a document outlining “12 steps to improve security in Ukraine”.

The document, the newspaper writes, contradicts Ukraine’s position in some points. It raises serious fears that the fate of Ukrainians will be resolved behind their backs.

The document prompts a debate on “Ukrainian identity”, which should involve not only neighboring Hungary and Poland, but also Russia, an aggressor country, the article says.

The document is “another evidence of the collapse of the Western Defense Front against Putin’s claims to Ukraine. We cannot allow Ukraine to be in the shadow of major international political crises, and the importance of its struggle for freedom throughout Europe has been forgotten,”sums up Die Welt.