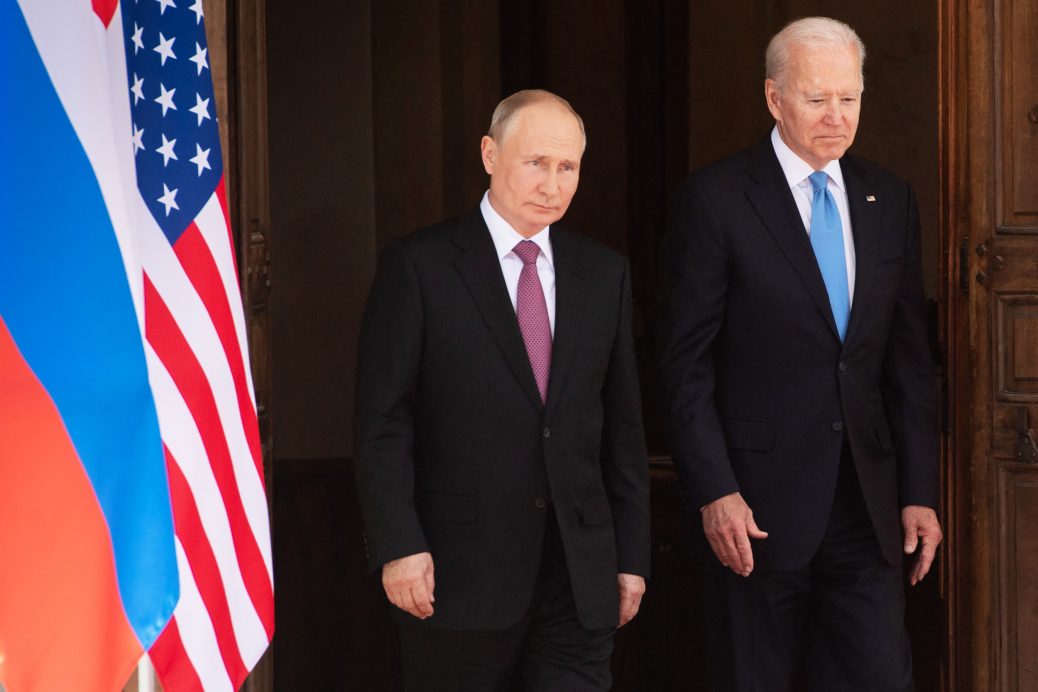 The USA warns Russia of heavy sanctions in the event of a new attack on Ukraine. However, there are doubts about the effectiveness of diplomatic means.

Here is what the U.S. media write about expectations from the talks between the U.S. and Russian presidents on December 7, 2021.

The United States and the EU have discussed sanctions

Politico reports that the U.S. and the EU have discussed a package of financial sanctions in the event of Russia’s military invasion of Ukraine, which will impose “significant” harm on the Russian economy.

The New York Times writes about a potential disconnection of Russia from the international payment system SWIFT and restrictions on Russian banks.

He said the USA would like to avoid direct military involvement in the conflict.

According to the newspaper, the statement released by the White House after Biden’s conversation with allies did not mention sanctions. Instead, according to Washington, the leaders of the USA, Germany, France, Italy and the UK agreed that diplomacy “is the only way to resolve the conflict in Donbas through the implementation of the Minsk agreements.”

Also, there was a conversation between President Zelensky and Secretary Blinken on Monday. According to Blinken, Biden plans to have another conversation with Zelensky after talks with Putin.

A senior U.S. official told reporters Monday that Washington believed Putin had not yet decided whether to start a full-scale invasion.

At the same time, The New York Times reports that some Biden administration officials doubt that a diplomatic process will persuade Putin not to destabilize Ukraine.

Not only has Russia cordoned off Ukraine with troops on three sides, but it has intensified its “usual campaign of disinformation, cyberattacks and military intimidation to overthrow the country’s leadership,” the newspaper said.

Despite Russia’s claims of positive dialogue with the U.S. on arms control and cybersecurity, Ukraine will be the main topic of the conference. And this is a conversation with probably the highest stakes during Biden’s presidency – it “may determine the course of Ukraine’s ability to remain fully independent,” notes The New York Times.

The paper writes that the White House is working out various scenarios – in one of them, Putin will not only demand that Ukraine never join NATO, but will insist on Ukraine’s return to Russia’s sphere of influence.

The escalation was discussed at the Pentagon on Monday. U.S. Defense Department officials say they are stepping up to provide Ukraine with additional defense assistance, including Javelin systems. However, first they “may be placed outside the country, so as not to give Putin a pretext for military action.”

So far, the United States has called on European partners to make a joint clear warning to Putin, convincing him of the scale of pending sanctions on Russia. “Many European officials are clearly afraid that Putin may respond to the pressure by cutting gas supplies to Europe,” the New York Times writes.

According to the newspaper, during the November meeting between Ukrainian Minister of Defense Oleksii Reznikov and his American counterpart Lloyd Austin Reznikov asked for “unusually significant” air and naval defense assistance, as well as air defense electronic warfare systems.

Kyiv is also asking for some of the US military equipment previously planned to be provided to Afghanistan, including Soviet Mi-17 helicopters under maintenance in Ukraine and ammunition, a Ukrainian military official said on condition of anonymity.

The Pentagon and other U.S. agencies have not detailed about U.S. military assistance plans.

Based on interviews with two dozen American, Ukrainian and European officials and experts, Foreign Policywrites that some U.S. officials fear “that Washington and its allies are making the same mistakes as in 2014.”

It writes about the political “battles” in Washington over the US response to Nord Stream 2 and Russia’s troop build-up.

Influential Republicans from Congress’ military committees sent Biden a private letter expressing concern. They are not sure the United States has done enough and are worried whether the United States is going to make concessions instead of supporting allies and partners.

The review was prepared by Vladyslav Kudryk, BBC Monitoring Service