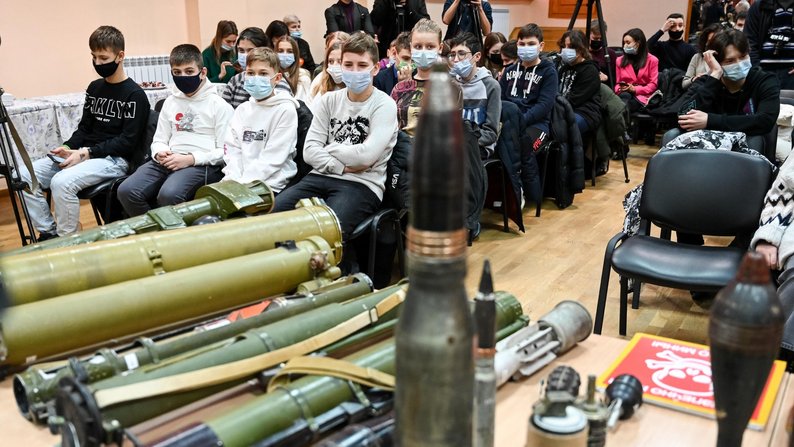 The latest updates from Ukraine by the world news media outlets as of July 1, 2022.

The flag of the European Union was placed in the Verkhovna Rada of Ukraine after Ursula von der Leyen promised that Europe would do anything to help win the war. Deputies applauded as the National Guardsmen carried the European flag into parliament.

The president of Ukraine said that Ukraine must overcome the road to membership quickly, not wait years for it.

It is known that 19 people died due to Russian military missile strikes on a nine-story house in Odessa Oblast. Two more people were killed from a hit on a holiday resort. Three missiles were launched from Russian aircraft over the Black Sea.

Daily Banner: Zelensky, Shmyhal and Stefanchuk signed a joint statement on the unity of power on the way to Ukraine’s full EU membership

The Guardian: Moscow forcing teachers in Ukraine to sign up to Russian curriculum

Russia demands that Ukrainian teachers sign a document stating their willingness to teach the Russian school curriculum. Many of them were threatened with eviction from their homes if they refused to sign. Teachers who agree to this step risk being accused by the Ukrainian authorities, as this would be considered cooperation with the enemy.

Olexandr Usyk will participate in a rematch against Britain’s Anthony Joshua. He already defeated him last year and won the WBA, WBO, IBF and IBO belts. Usik visited a hospital with wounded soldiers where they asked him to fight for his country.

Buna Times: In the US, 800 companies want to produce weapons for Ukraine

1,300 proposals have been submitted by U.S. 800 companies to produce innovative weapons for Ukraine.  Only manufacturers capable of implementing projects within 30 days or more complex projects within 180 days are sought. The Pentagon intends to determine ideas for possible weapons production for Ukraine.

The organizers claim that the Russian premiere indirectly criticizes the current Russian leadership.